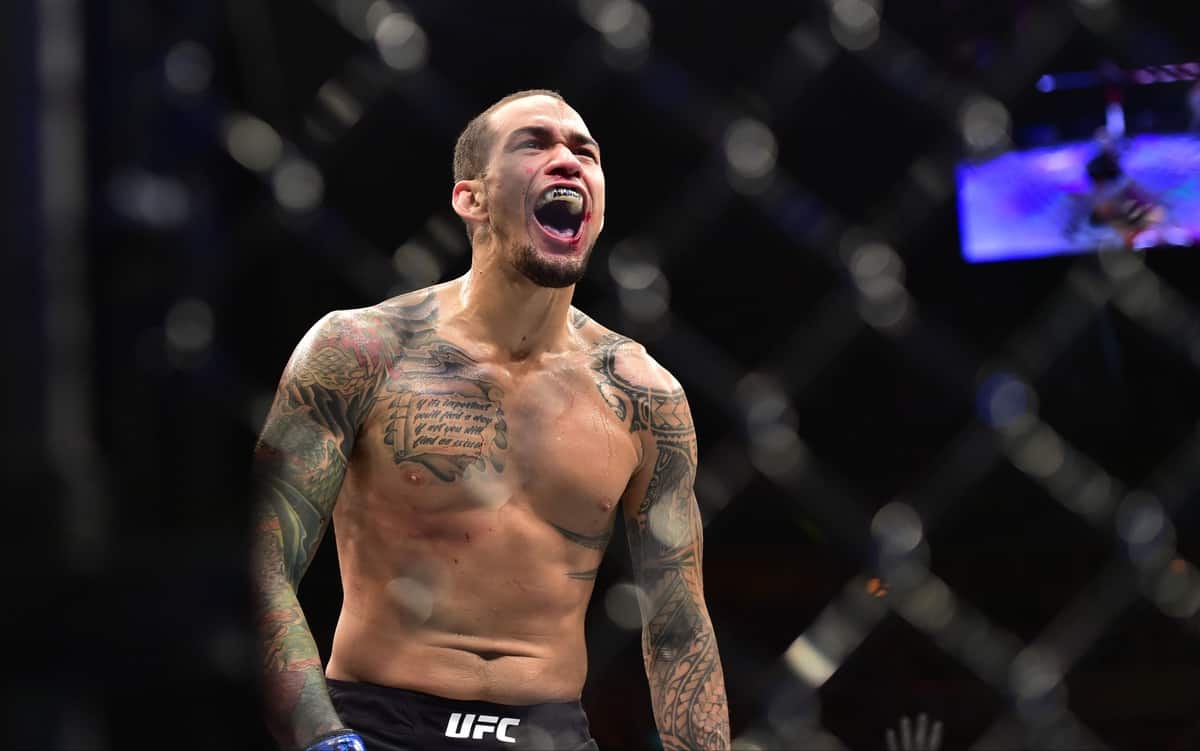 There isn’t a much better way to start tonight’s (Sat., December 2, 2017) UFC 218 from the Little Caesars Arena in Detroit, Michigan, with the kind of all-out war that welterweights Yancy Medeiros and Alex “Cowboy” Oliveira just participated in.

The bout is a clear “Fight of the Year” contender, with both landing some absolutely huge shots and withstanding never-ending onslaughts from the other.

It all started with Medieros landing some huge shots in the opening frame that appeared to break Oliveira’s nose, but he somehow survived to drop his Hawaiian foe with some huge power punches of his own:

The second round saw more of the same as both appeared to be walking forward like zombies, with Medeiros eventually reversing a takedown from Oliveira with a perfect judo throw to land on top and finish the round with some absolutely massive elbows:

Alex Oliveira and Yancy Medeiros are putting their names in the hat for FOTY. So much respect. So much skill. #UFC218 https://t.co/D8UwKMoMZo

Finally, Medeiros was able to reverse a disadvantageous position after having his back taken to get back to his feet and unload a fight-ending sequence on a clearly injured Oliveira, thus ending what may just be 2017’s ‘Fight of the Year’ so far:

WHAT A FIGHT! Yancy Medeiros with the TKO win over Alex Oliveira in a fight of the year caliber match! #UFC218 https://t.co/8jeOSmU60n