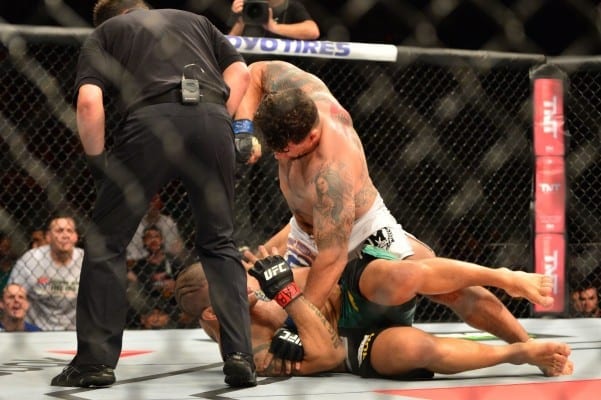 Two-time former UFC heavyweight champion Frank Mir got back into the win column in a big way in the main event of tonight’s (Sun., February 22, 2015) UFC Fight Night 61 from Porto Alegre, Brazil.

Potentially fighting with his job on the line after four consecutive losses, Mir used a lengthy stay on the sidelines to refine his striking techniques, and it showed as he scored a wholly impressive first round knockout of former title challenger Antonio ‘Bigfoot’ Silva.

With the win over the Top 10-ranked ‘Bigfoot,’ Mir instantly re-inserted himself in the shallow list of elite competitors in the UFC heavyweight division. Check out the highlights of his huge comeback win below: