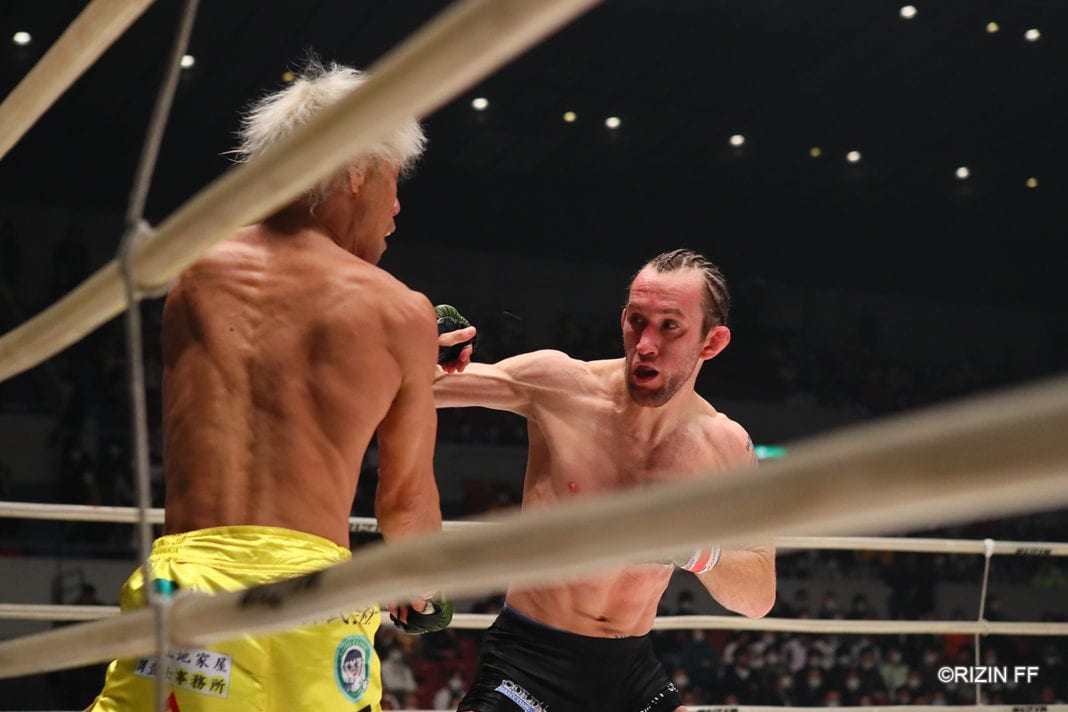 Victor Henry’s winning streak now stretches to eight, after the American stopped Japan’s Masanori Kanehara via TKO in the second round of their bantamweight clash at RIZIN 21.

The bout began tentatively with Henry sending out a series of probing kicks as he looked for an opening. The cagey opening was broken at the three-minute mark with a successful takedown attempt from Kanehara.

The 37-year-old took the back of Henry and went hunting for a rear-naked-choke, which was not forthcoming. Despite not be able to lock in the submission, Kanehara was able to soften the American up with several headshots as the two men grappled.

Henry came out of the blocks quickly in the second round peppering Kanehara with a series of jabs. The Japanese fighter returned fire, but it was Henry who scored the telling blow when he landed a heavy right flush on the check of Kanehara.

RIZIN’s bantamweight division is stacked with great fighters, and it will be interesting to see who Henry faces next. He is now two from two in his RIZIN career, with both wins coming via stoppage.