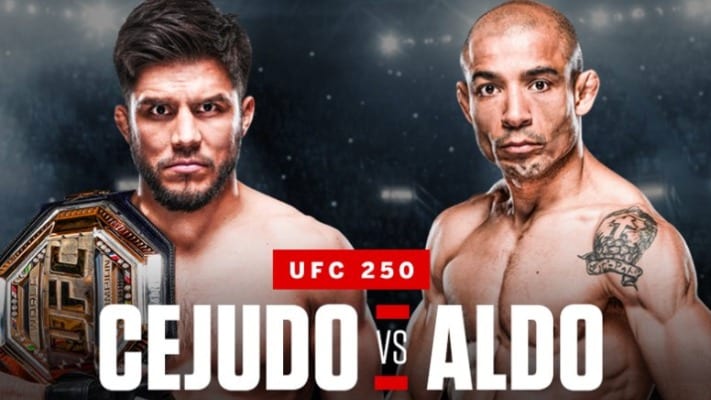 UFC bantamweight champion Henry Cejudo will get his wish.

As per ESPN’s Brett Okamoto, Cejudo defends his bantamweight title against former featherweight champion Jose Aldo at UFC 250 on May 9 in Sao Paulo, Brazil.

Although it wasn’t stated, the fight is expected to headline the card.

It’s a fight that has been in the offing ever since Cejudo called for it following Aldo’s split decision loss to Marlon Moraes back at UFC 245 in December.

READ MORE:  The Rock Wanted MMA Career Before Realizing He 'Hates Getting Punched In The Kisser'

Many felt Aldo had done enough to win the fight, including Cejudo and UFC president Dana White, the latter of whom was open to a title fight between the pair.

However, the booking is bound to receive plenty of criticism given that Aldo is still coming off two losses. And given the stacked bantamweight division with contenders such as Petr Yan and Aljamain Sterling seemingly next in line, it’s not exactly a popular decision with UFC fighters either.

Regardless, Aldo will get his shot at becoming a two-division champion while Cejudo will look to add another huge name to his already impressive resume.

What do you make of Aldo getting a title shot coming off two losses? And who do you have winning the UFC 250 headliner?