LowKickMMA.com
Home UFC News Did A Head Butt Cause Alexander Gustafsson To Lose In Sweden? 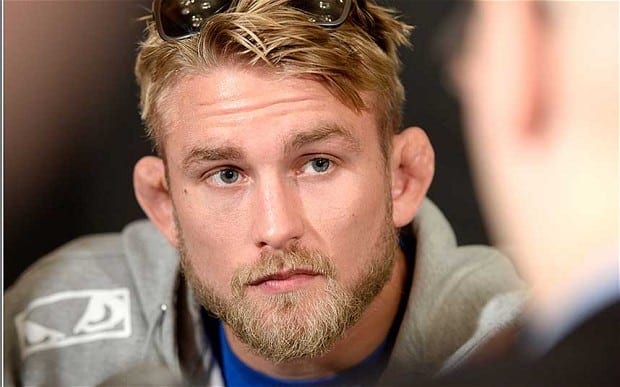 Anthony “Rumble” Johnson shocked the world this past weekend (January 24, 2015) by knocking off No.1 contender Alexander Gustafsson by first round knockout in “The Mauler’s” home of Stockholm, Sweden.

“Rumble” Johnson is known for his brutal power and knockout ability, and has suddenly become of the most dangerous men in the 205-pound division. But did Johnson actually use only his power to get the job done last weekend?

It looked as if it was a huge right hand from “Rumble” that dropped the Swede, but when you look closer there was also an accidental head butt. When the fights took place and from the highlight video, it looked as if the head butt did not cause any damage, but it turns out that it occurred just at the same time that the right hand landed. In some videos, like the one below, it even looks as if the head butt caused Gustafsson to drop:

Some fans may feel this finish is now controversial, but it’s unlikely anything will be done to change the outcome. Whether the head butt caused Gustafsson to drop or not, the right hand of Johnson undoubtedly landed, and he followed up with a flurry of damaging blows to finish the fight, he deserves the credit. “The Mauler” even admitted at the post-fight press conference that he wasn’t aware of the subsequent head butt:

“No, I didn’t feel any headbutt,” Gustaffson said before adding, “what do I know?”

Controversial or not, Johnson earned the biggest win of his career and punched his way to a title shot. Does the knockout artist have what it takes to dethrone divisional king Jon Jones?