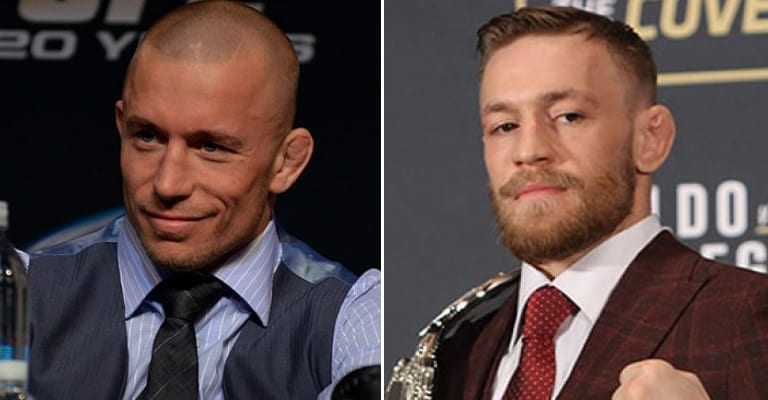 The obvious one is a unification bout with current interim middleweight champ Robert Whittaker, who is currently recovering from a knee injury suffered while winning the interim belt versus Yoel Romero at July’s UFC 213. It’s a fight that UFC President Dana White insists will be next for GSP, yet there’s another high-profile bout that would out-draw this fight in spades.

That’s St-Pierre’s oft-discussed super fight with lightweight champ Conor McGregor, a bout that’s gained a ton of steam since St-Pierre officially won the middleweight title amidst speculation about his effectiveness after four years off. Both fighters would potentially hold up their respective divisions to make it happen – although that’s nothing new with McGregor – but it would also almost certainly be the biggest fight the UFC could stage at this point, and perhaps ever.

This marks a change from the initial release of the odds yesterday, when St-Pierre was a -160 favorite over +130 dog Whittaker. Many hardcore fans believe the much younger Whittaker would defeat St-Pierre after trouncing Romero and Ronaldo Souza in 2017, and apparently the betting public agreed enough to skew the odds in Whittaker’s favor – and by no small margin – in just one day’s time.

Who do you believe should be favored in St-Pierre’s prospective bouts in the foreseeable future?