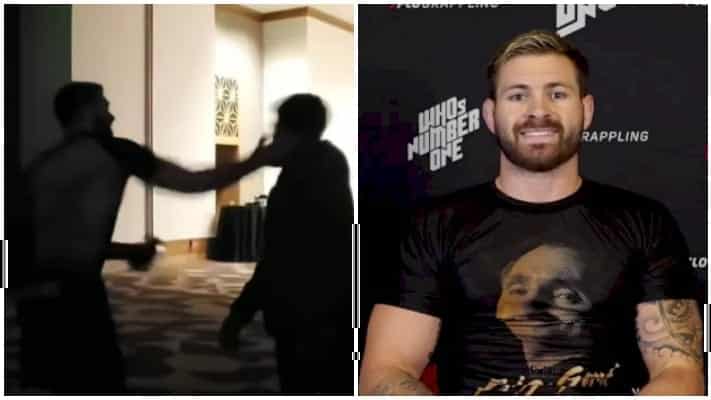 This altercation took the BJJ community by storm and many are left wondering what caused the rift between the two grappling stars.

After submitting Roberto Jimenez via a mounted armbar at the “Who’s Number One” event, Ryan would end up in a scuffle with former Strikeforce fighter and fellow BJJ master, Galvao. The two crossed paths backstage with an open slap hitting the face of the Brazilian.

Ryan later got into it again with his rival only this time he explained exactly what happend.

It only took a few words from Galvao to get the 3X ADCC Champion riled up and his hand was thrown in a catalyst. One thing to note from all of this: don’t get in the way of Ryan doing his interviews.

Do you think Gordon Ryan and Andre Galvao will settle their beef?