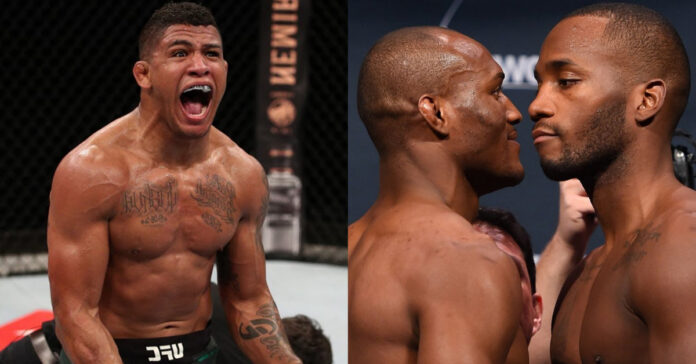 Gilbert Burns believes Leon Edwards got affected by the altitude in his rematch with Kamaru Usman.

Edwards took on Usman in August at UFC 278 for the welterweight title and pulled off a shocking upset to dethrone the former pound-for-pound king in the final minute of the bout. After an early takedown scored by Edwards, he got largely dominated by Usman until he connected with a huge head kick.

In an interview with MMA Junkie, Burns shares his breakdown of Edwards’ rematch with Usman at UFC 278.

“It’s going to be a hard fight,” Burns said about the trilogy (ht BJPenn.com). “Right now, we’ve got to see how Kamaru comes back. He seems pretty OK with the situation, a little bit released that pressure, carrying the belt, but I see a lot of factors a lot of people didn’t see. The way I see it, Leon had a very good first round – took him down, mount, got his back.

“I think he kind of gassed out a little bit because of the altitude in Salt Lake. I think that was a big factor in that fight. That’s why Kamaru was able to dig deep, got back, dominated a couple of rounds. But Leon had the technique. You saw all the studies. He was drilling that a lot.”

Burns believes it will be a close one

‘Durinho’ believes the third fight will be closer than their last encounter and can see Edwards retaining his title.