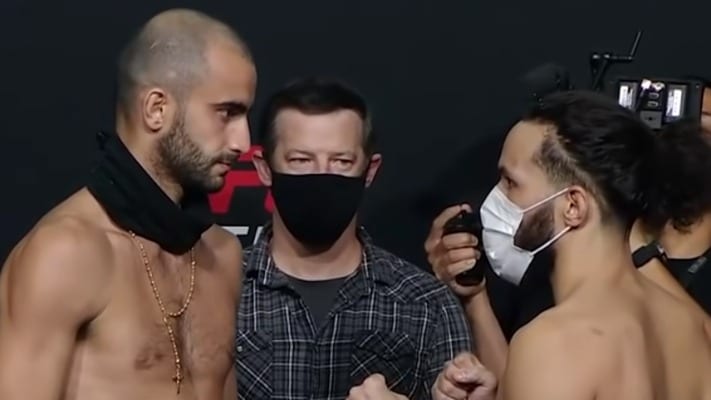 Next up on the UFC Vegas 13 main card is a featherweight contest between Giga Chikadze and Jamey Simmons.

Round 1: Chikadze leads the fight early but fails to land a major strike. Simmons quickly clinches up with him but Chikadze escapes and they return to striking. He lands a body kick. Chikadze advances forward to land a big strike but is clinched up against the fence by Simmons. Both fighters are on the ground soon after but they stand up and return to striking. Chikadze lands a big body kick and follows it up with a head kick that drops Simmons. He earns the first-round TKO win after some follow-up strikes.