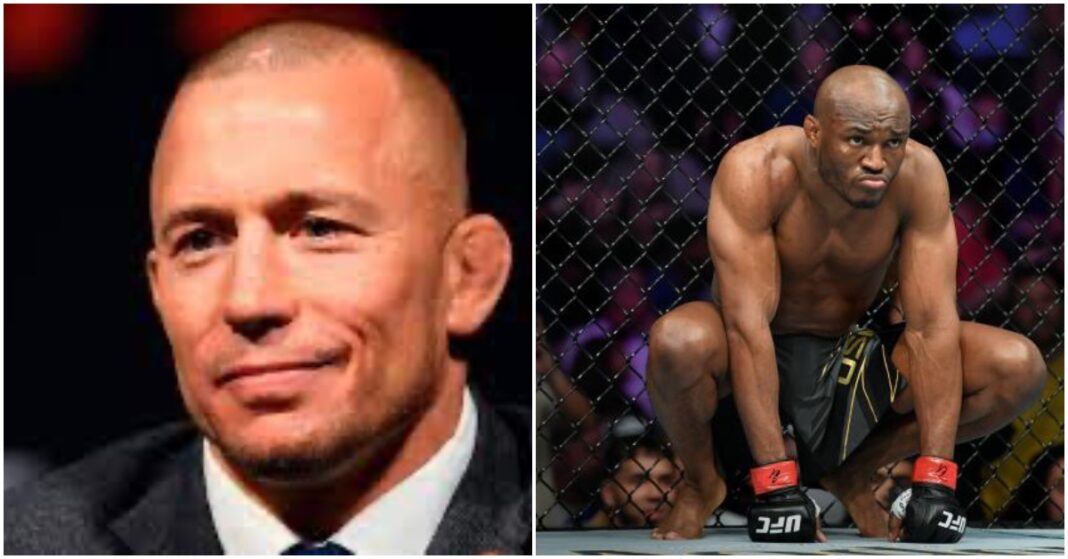 Georges St-Pierre believes that Kamaru Usman is the best fighter in the UFC and in the division, but he does not believe he is invincible.

Usman has come close to losing a few times. He was knocked down by Gilbert Burns in their fight. Burns hits like a Mack truck, so for him to get up and dominate Burns the rest of the fight was very impressive.

Some believe Colby Covington has inched out a victory over Usman. He has given him his best rounds and is one of the most well rounded fighters in the entire organization.

It looks like Usman is looking forward to a fight with Canelo Alvarez, but Alvarez hasn’t reciprocated that same eagerness to box him. Usman may be overlooking his competition that may be in their primes of their careers.

Georges St-Pierre believes there are a few guys in the welterweight division that could beat him in the octagon.

“I believe there’s a lot of guys that can beat Usman,” St-Pierre told MMA News (transcribed by MMA Fighting). “I do believe personally Usman is the best right now in the division but that doesn’t mean he is invincible. He needs to always stay on top of the game. It’s hard to be champion and it’s even harder to stay champion. I’m sure if you ask Usman, he’ll tell you the same thing.” St-Pierre said.

Usman may be overlooking killers like Leon Edwards and Khamzat Chimaev. Those guys are up next in terms of challengers and that could cause for a bad circumstance.

“He’s on a tear right now, he looks phenomenal but there’s a lot of guys that can give him a lot of trouble like Khamzat Chimaev. Leon Edwards, maybe. Usman so far has been a puzzle that no one is able to solve. He’s incredible but he needs to stay focused to make sure he never underestimates nobody and trains for every fight like it’s the hardest fight he’s ever had.”