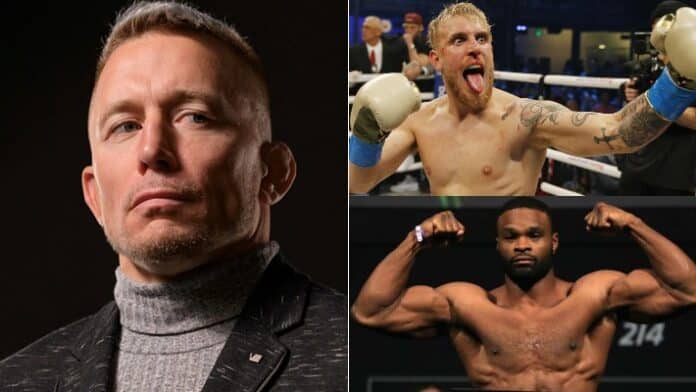 While some fighters are willing to brush off Jake Paul completely, don’t count Georges St-Pierre as one of them.

In a video posted to Tristar Gym’s YouTube channel, the MMA legend was asked to give his thoughts on the upcoming Paul vs Woodley boxing match. When asked if he believed Paul could pull out the upset victory, St-Pierre said it’s a real possibility (h/t MMA Fighting).

“He could, definitely,” St-Pierre answered. “It’s a different sport. In MMA I would say no, but in boxing he’s much bigger than Tyron Woodley, and also he trains very hard. I’m not saying that’s what’s going to happen, but I think he definitely can do it.

“I’m not one of the haters, and [Paul] actually is a very nice guy.”

St-Pierre believes that people are underestimating how difficult it is to transition between the two sports, especially after spending over a decade in mixed martial arts.

“It’s a different sport,” St-Pierre said. “When I was training when I was world champion, I was boxing with some great amateur boxers that, they were not world-class amateurs but they were great amateur boxers, and it was good training. It’s a completely different sport, and just to put that into perspective, I believe if you would allow dirty boxing in boxing, you would have a total different set of champions. Because you change a rule, you change the game. Woodley has more experience in combat sports than Jake Paul, but it’s a different game. It’s interesting. As a fan, I’m going to watch it for sure.”

Paul surprised many when he was able to knock out MMA veteran Ben Askren in under 2-minutes. However, St-Pierre said the fight went pretty much how he expected it to.

“I knew because I know people that were training at the same gym as [Paul],” St-Pierre said, “and they told me that he was training very hard. And I know that Ben Askren, because I know Freddie Roach, only went for a week to Freddie Roach’s and he was not doing great.”

Woodley developed quite the reputation for his punching power during his career, knocking out Josh Koschek and Dong Hyun Kim before stopping Robbie Lawler in the first round to claim the welterweight title. However, in recent years, we’ve seen Woodley take a much more timid approach, which was a large reason he lost his last four fights in the UFC. Still, the belief – and in some cases, hope – is that his experience and power will be too much for the YouTube star to handle.

St-Pierre isn’t ready to rule Paul out quite yet, though, which probably means you shouldn’t either.

Do you agree with Georges St-Pierre that Jake Paul could beat Tyron Woodley in their boxing match? 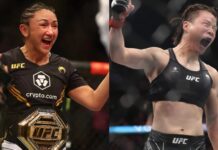