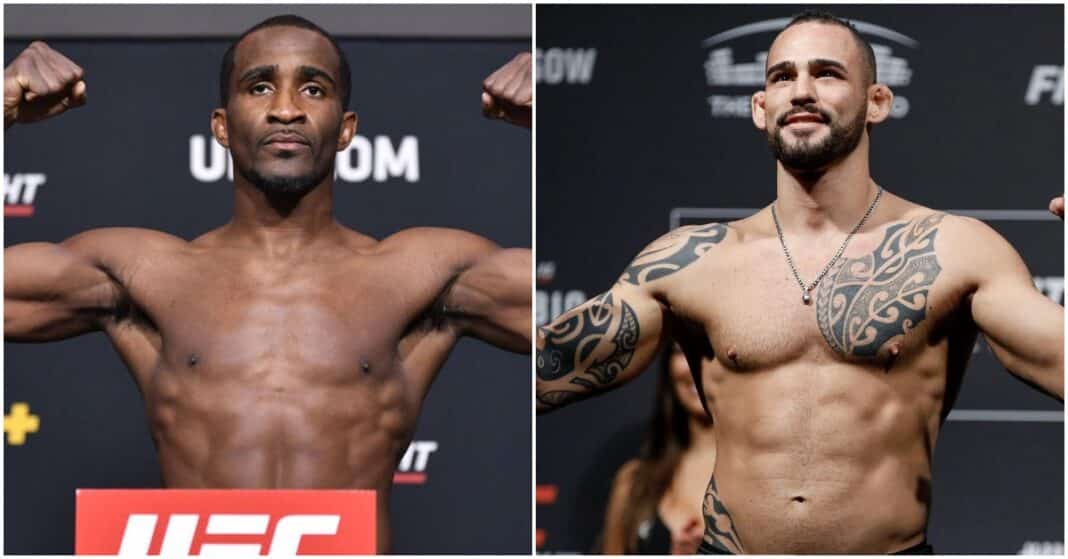 Geoff Neal is set to fight Santiago Ponzinibbio at UFC 269 on December 11.

Brett Okamoto of ESPN first broke the news of this exciting welterweight bout.

“Another fun welterweight fight added to UFC 269,” Okamoto wrote on social media. “Santiago Ponzinibbio (@SPonzinibbioMMA) vs. Geoff Neal (@handzofsteelmma) has been agreed to on both sides. This final PPV card of 2021 is looking….”

Neal is currently on a two-fight losing streak after dropping to successive decision defeats against Stephen ‘Wonderboy’ Thompson and Neil Magny. ‘Handz of Steel’ began his UFC career with a five-fight win streak during which he beat the likes of Mike Perry, Niko Price and Belal Muhammad to establish himself as a true player at 170lbs. Unfortunately, the 31-year-old has recently been plagued by health issues and they appear to have had a detrimental impact on his fight career.

Ponzinibbio has also endured his share of health issues that derailed his progression through the welterweight ranks. The Argentine was on a seven-fight win streak before he was forced to take three years away from fighting. Ponzinibbio returned to action earlier this year and was shockingly knocked out by Li Jingliang. The 35-year-old has since bounced back, beating Miguel Baeza over three rounds in June.

UFC 269 does not have an official location or venue but is expected to take place at T-Mobile Arena in Las Vegas.

Who will win at UFC 269? Geoff Neal or Santiago Ponzinibbio?