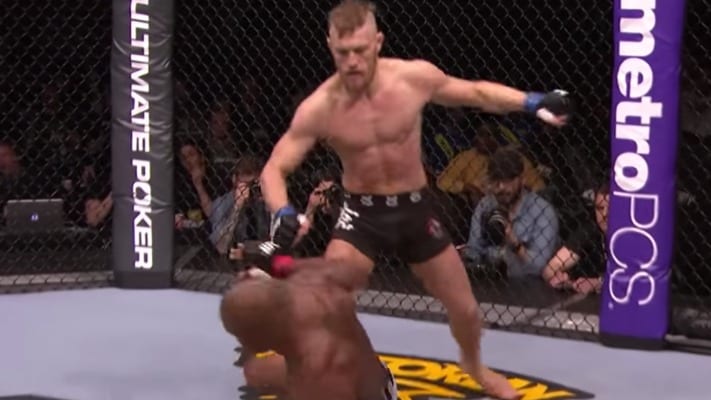 If you’re bored at home during this quarantine period, why not sit back and rewatch how Conor McGregor announced himself in the UFC?

McGregor is undeniably the biggest star in combat sports today, let alone the UFC. The former two-weight champion’s pay-per-view headliners have grossed the highest numbers in the sport while his recent return at UFC 246 in January made it the first streaming event on ESPN+ to cross over a million streams.

A big reason for that is the Irishman’s larger-than-life personality and his notable predictions of how his fights will go. But more than anything, it’s his fighting style which more or less, always delivers knockouts.

That was more than evident in his highly-anticipated UFC debut back in 2013 when he faced Marcus Brimage in a featherweight bout.

As they say, the rest is history.

You can watch it below courtesy of the UFC official YouTube channel:

What do you make of McGregor’s performance here 7 years later?