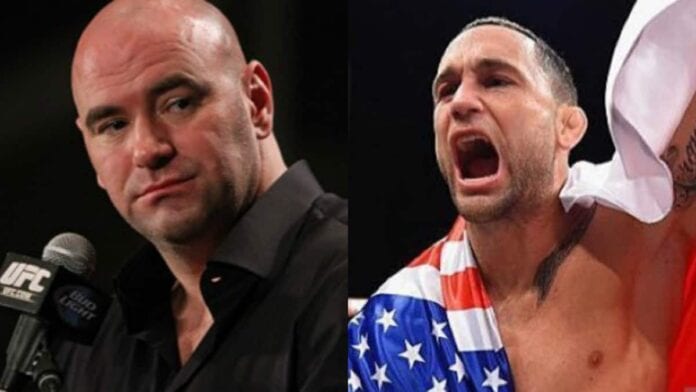 Former UFC lightweight champion and top ranked featherweight Frankie Edgar is seriously p!ssed, and he’s had enough of being ‘screwed’ by the UFC. Trash talk from Frankie Edgar?? A lot of it too!

Frankie Edgar once again finds himself in a very tough spot in the UFC, only this time he has a strong five fight win streak behind him. Victories over Chad Mendes, BJ Penn, Urijah Faber, Cub Swanson and Charles Oliveira have ‘The Answer’ as the glowing hot contender of the UFC featherweight division, yet he’s being put on hold for a title shot repeatedly. Many believed he gave Jose Aldo a tough enough fight to deserve a rematch in 2013 when ‘Scarface’ was still champion, and he’s beaten five legit contenders since then. 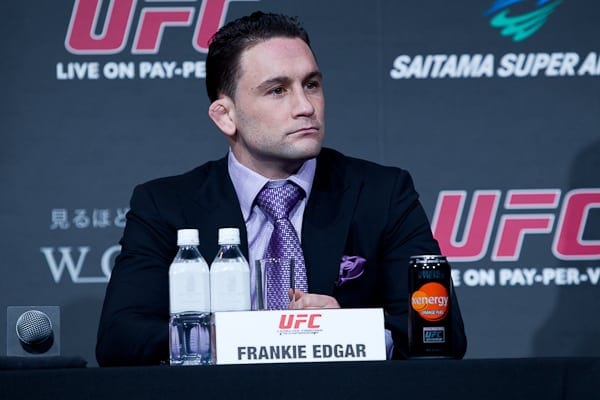 With the recent news that Conor McGregor would move up to 155 pounds for his next fight following his destruction of Aldo, Edgar once again draws the short straw. With no-one really left in the division to fight whom he hasn’t beaten already, ‘The Answer’ took to Twitter to vent his frustrations.

I’m done getting screwed over my next fight will be Conor Mcgregor there is nobody else I am going to fight https://t.co/o2q4xgosrU

So why is Edgar being overlooked for a title fight? Is it purely circumstance, or maybe the UFC matchmakers have become hesitant to book him because of his run of decision wins. It would be very unfair if that was the fact, but perhaps there’s an underlying issue we are still to learn about. One theory is that Edgar doesn’t talk enough ‘trash,’ like a Conor McGregor would, well, like his raw knockout over Chad Mendes, Edgar is trying to change that too.

He literally went all out over social media:

I’m done getting screwed over my next fight will be Conor Mcgregor there is nobody else I am going to fight https://t.co/o2q4xgosrU

When he finally agree to fight me I will take his soul @danawhite https://t.co/P38h0ExV2d

He will gas with me to but I will never gas and he know it https://t.co/gzfq5qNDu0

You sound like a Conor fan ask him why he’s not fighting me https://t.co/qMFwENaelr

Skip to page 2 for even more *Hint* there’s a twist in the tale….