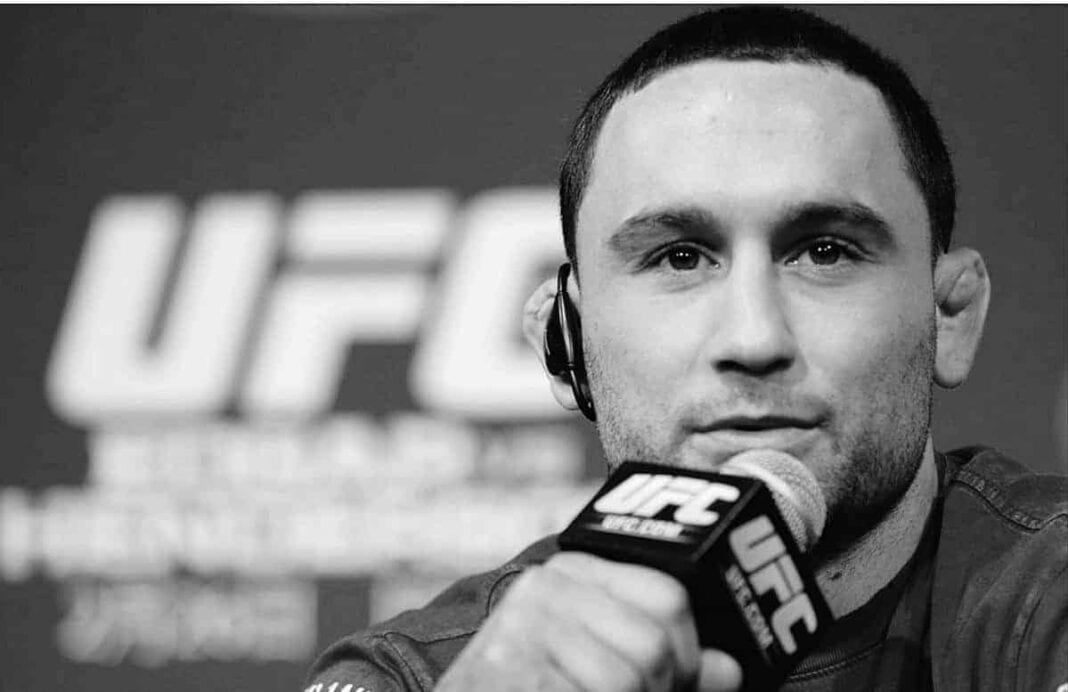 UFC featherweight contender and former lightweight champion Frankie Edgar put in a solid performance at UFC Fight Night 66. ‘The Answer’ doled a shut-out beating on former WEC champion Urijah Faber in Manila, making a very valid claim to the next title shot in the post-fight interview.

Beating ‘The California Kid’ in such convincing fashion makes Edgar the next contender in a busy division. Frankie himself believes he has already been leapfrogged to the title shot by Conor McGregor. ”The Answer’ believes UFC president Dana White was well aware of this too as he tells The MMA Hour, via MMA Mania:

“I asked him, ‘Hey are you going to the Philippines?’ And he said he would be there. So when he wasn’t there for the weigh-ins and saw that he wasn’t going to be there for the fight, I didn’t let it bother me. He wasn’t there for my fight with Cub. So that’s why I said, he’s not there again. You know, I was just stirring the pot a little bit. Nah, he’s not ducking me (laughs). But I do feel that he owes me a title shot. I think he knows that, too. Listen, when me and Cub were fighting, Cub was pretty much promised the next title shot if he beat me. So, what does that mean? If I beat him, then I should get it, right? If you kind of do MMA math, then I should get it.”

Edgar’s win was equally, if not more impressive than his performance against Faber, and had many calling for ‘The Answer’ to get a rematch with Jose Aldo. The problem for Edgar was that Conor McGregor became involved, and swept the promotion off it’s feet with his smooth trash talking and fighting style:

“Then McGregor started getting in the mix, then Dana said he would call. He called Cub and he called me. he said, ‘Let’s see what happens here, we don’t know what’s going to happen to McGregor.’ Then after I beat Cub, he told me if McGregror wins (against Dennis Siver) he’ll most likely get the title shot. He didn’t say it exactly, but in so many words. Then he said, ‘maybe Siver can beat him.’ If Siver beat him, then that implied I would get the title shot. So, I felt like he knew I got stepped over a little bit with McGregor. So, here I am. I just blanked out Urijah, so he owes me the title shot.”

It’s all roses for Frankie Edgar now, regardless of being looked over in the title race last time. Anything can happen in MMA, but he seems to have emerged from his last fight in pretty good shape, and now resides in an enviable position in the rankings awaiting the winner at UFC 189.

Whether it’s ‘Scarface’ or ‘The Notorious’, the next contender is primed, and none are more deserving than Edgar right now. Do you think he can win a belt in his second weight class, or does Frankie Edgar need to move up, or perhaps down againi in weight?