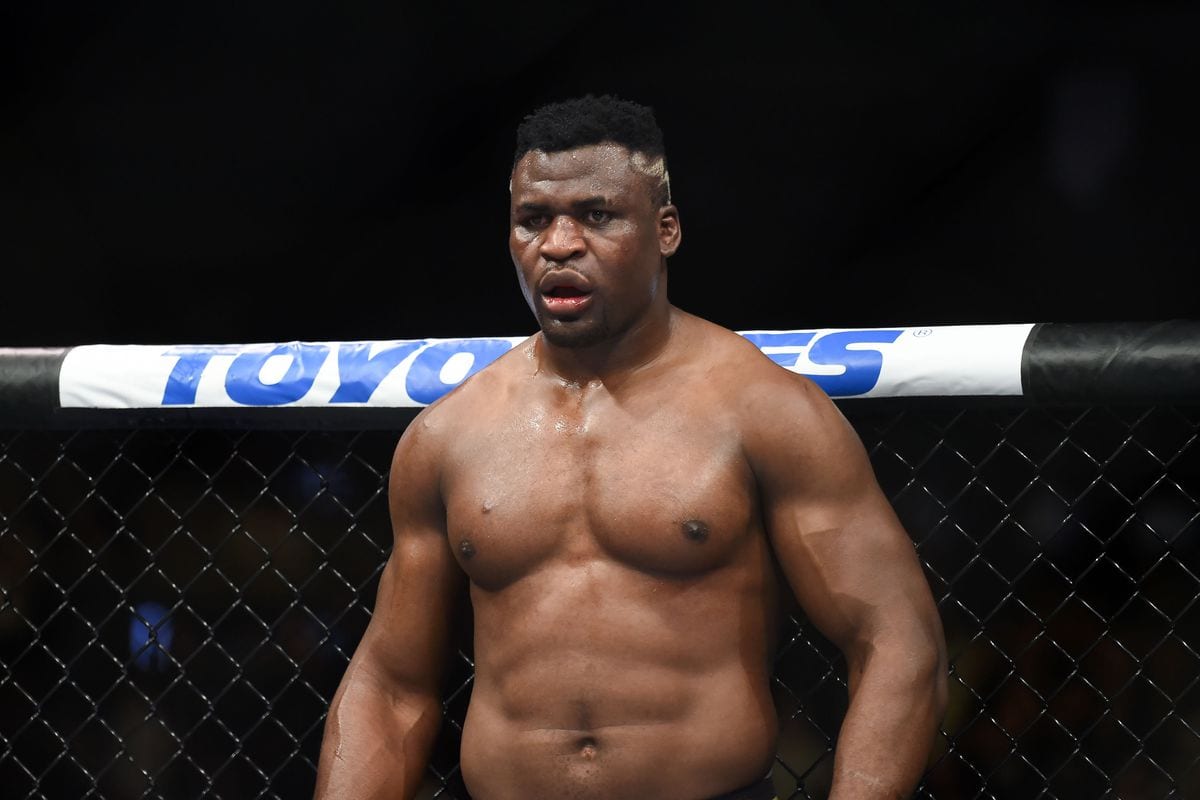 UFC heavyweight contender Francis Ngannou went ‘berserk’ at British boxer Dillian Whyte in a virtual press conference that is yet to air according to promoter Eddie Hearn of Matchroom Boxing. The footage was filmed last week and due for release on Saturday evening, however, Matchroom was forced to pull the footage from their schedule after a request from Ngannou and his team to do so.

“Unfortunately our planned Rivals episode with @DillianWhyte and Francis Ngannou will no longer be released as planned on Saturday due to a request from Team Ngannou. Stay tuned for more info and content!”

A few days later and Hearn has revealed the footage went unaired after it was discovered Team Ngannou hadn’t informed the UFC about what they planned on doing.

“We did it and then the press release follows, ‘Eddie Hearn to stage press conference with Whyte and UFC star Ngannou,” Hearn said to IFL TV. “All of a sudden we got a phone call from Team Ngannou, ‘Oh, you can’t put it out, we didn’t tell the UFC about it. I said, ‘How can you not tell the UFC about it? Anyway we were due to [release] it the next day, and Dana messaged me with a screenshot of the press release and he said, ‘What’s this?’

“I said, ‘No, no, all it is is an interview.’ He said, ‘Our team didn’t know anything about that. I said, ‘I’m really sorry, I expected him to tell you, do you want me to pull it down?’

“He just said, ‘I’d rather do something all together.

“I didn’t wanna fall out with him and I don’t think their promotional team were overly pleased that they didn’t know anything about it. In hindsight, we probably should’ve told them about it, but I just expected Ngannou to do that.” (Transcribed by The Mac Life)

Hearn went on to say he still hopes to release the footage they shot as it shows Ngannou going ‘beserk’ after Whyte claimed he had been dropped while sparring with Olympic silver medallist Joe Joyce.

“I’ve still got the footage, we may even put it out with the UFC. It’s quite good, there’s one bit in there. Dillian Whyte was on a bit of a wind-up and told Ngannou that Joe Joyce dropped him in sparring, and that Sam Jones [Joyce’s manager] told him. And Ngannou went absolutely berserk, berserk. Said he’s going to phone Sam Jones now.”

Do you think the UFC and Matchroom Boxing will be able to make a Francis Ngannou vs. Dillian Whyte cross over fight?