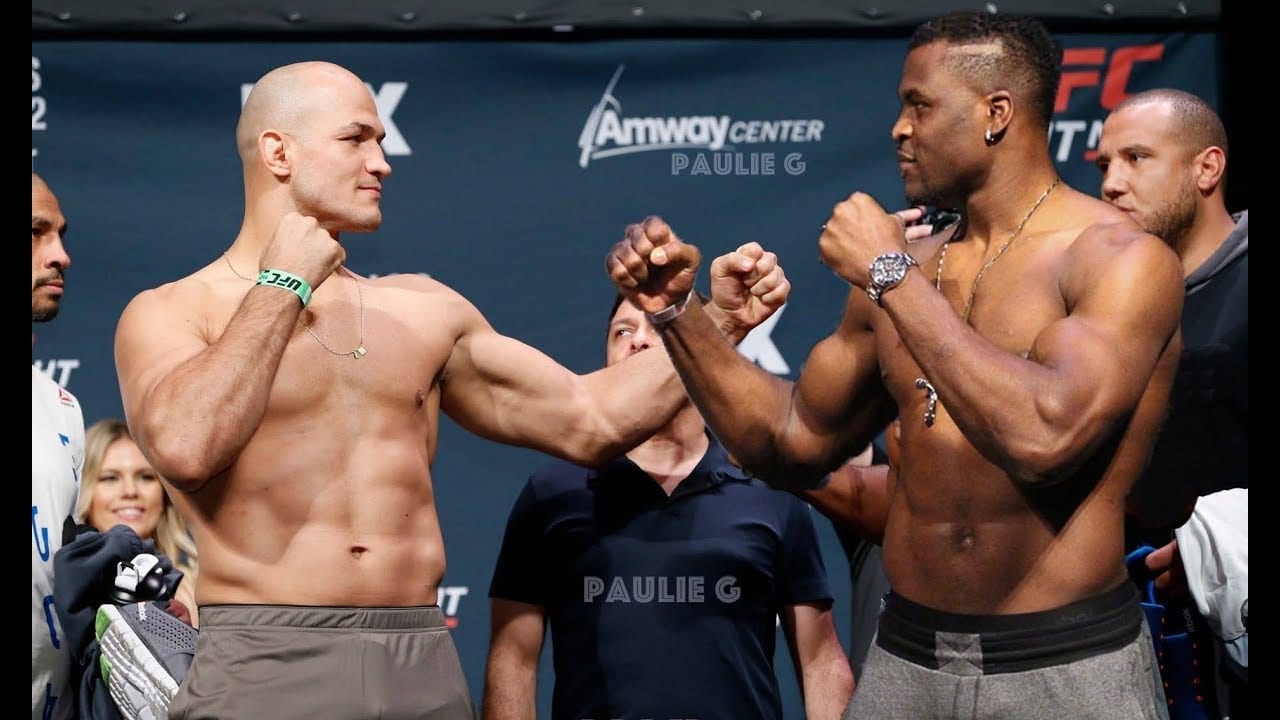 Francis and Junior dos Santos will meet in a heavyweight title eliminator during I fight week at UFC 239 on July 6.

The fight was first reported by ESPN’s Ariel Helwani via his Twitter.

N’Gannou (13-3) has won two straight fights since losing back to back fights in 2018. He most recently defeated Cain Velasquez in just 26 seconds to kick off the UFC’s run on ESPN.

As for dos Santos (21-5), he most recently defeated Derrick Lewis via TKO earlier this month at UFC on ESPN+ 4. JDS has won four of his last five fights, his only loss in that time is to the former champ, Stipe Miocic.