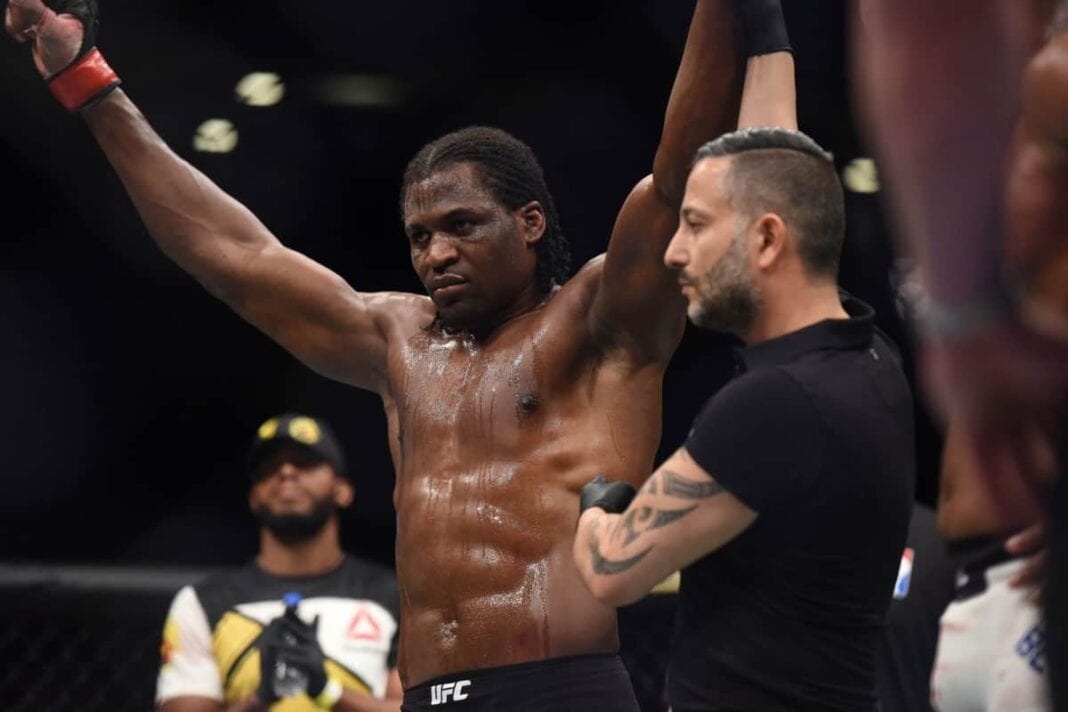 The two big men stand at a good distance looking for an opening. The Serbian circles around the outside. Ngannou tries to stalk him down. Mihajlovic misses on a low kick and gets back on his bike. The UFC newcomer whiffs on an overhand haymaker as Ngannou misses simultaneously with a right hook. Mihajlovic pushes forward a right hook to the body, but pushes away immediately. Mihajlovic ducks a straight right but is met with a left hook. As he tries to retreat along the fence, he eats another left and trips to his back. The Frenchman pounces with heavy ground and pound. One hammerfist seems to put Mihajlovic out, but a second wakes him up. Mihajlovic covers up under the continuous barrage of heavy ground and pound, failing to move or defend himself in any other way. Referee Herb Dean has seen enough and steps in to wave off the contest, giving Francis Ngannou is third UFC stoppage victory in as many tries. Mihajlovic protests, but this fight is a wrap.

Final Result: Francis Ngannou def. Bojan Mihajlovic by TKO at 1:34 of Round 1.