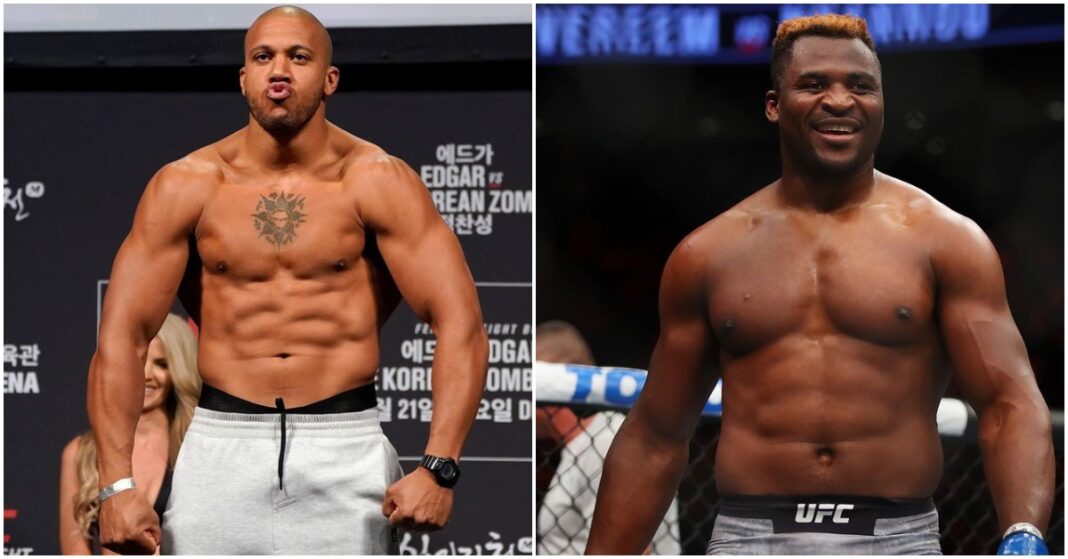 Francis Ngannou has responded to the claim that he tried to stop the UFC from signing his former teammate turned heavyweight rival, Ciryl Gane.

‘The Predator’ will attempt to unify the heavyweight division against the interim champ, Gane, at UFC 270 on January 22.

According to Fernand Lopez of MMA Factory, this is a situation Ngannou was desperate to avoid a few years ago.

“At the time (the start of Ngannou’s career), what I was doing was that every time they (MMA Factory fighters in the UFC) had an interview, I will ask them to drop the name of Francis Ngannou; name-drop him,” Lopez said in November on The MMA Hour. “So every time that they will get caught in an interview, they will say, ‘Oh, we have so much good talent, you will know, soon enough you will know Francis Ngannou.’ That’s how I was trying to build his name… That’s how I used to push guys.

“As a matter of fact, I did do the same for Ciryl Gane… I tried to sign him with Mick Maynard,” Lopez added. And you know what, Francis went back to Vegas and he said to me, ‘Hey, I had Mick and he asked me if young guy in my gym name Ciryl Gane is good.’ And I said, ‘Oh yeah, he did? He said, ‘Yes, but you know what, because that people in the matchmaking, because they expect me to be very, very dithyrambic on the name of the guy, I didn’t say that, I said he’s a little bit good, but he’s not good yet to go to the UFC.’ That’s coming from Francis Ngannou’s mouth. For him, that’s a strategy to do not have Mick Maynard get suspicious of me and him being on the same page, which is not true.”

Ngannou posted a video to his YouTube account which focused on his sparring sessions with Gane while also taking the time to deny the claim made by his former coach.

“And recently, I saw something about him. They sent me something like, which his coach said about me – Fernand [Lopez] – He said I told [UFC matchmaker] Mick [Maynard] that Ciryl is good but not that good or something like that. I’m like, ‘Man. This, like; this nasty.’ You know, this is not a fair game anymore. It’s not a fair game anymore. Like, I understand this position is not; you want to take everything, you want to destroy somebody. But to go after him like that, associate other people; I mean, I think this is evil. You know, but I know the man, and I know how it processed.” (Transcribed by Sportskeeda)

Do you think Francis Ngannou would try to sabotage his teammate?