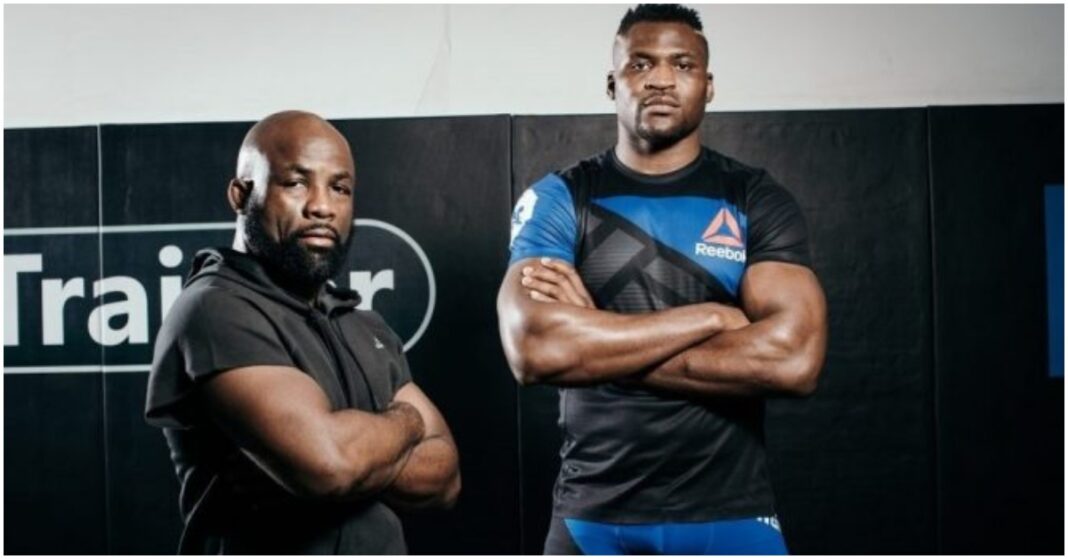 Things are starting to heat up ahead of Francis Ngannou vs. Ciryl Gane.

The former teammates are expected to clash at UFC 270 with the winner being crowned the undisputed heavyweight champion.

At UFC 268, Ngannou sensationally snubbed his Gane and his old team as he walked right by them without even glancing in their direction. The moment was caught on camera and has since gone viral, with ‘Bon Gamin’ since speaking about his confusion following the incident.

Fernand Lopez, who is the head coach at MMA Factory where Ngannou used to train and Gane still does, has added more heat to the rivalry by claiming ‘The Predator’ strategically advised the UFC against signing his next opponent.

“At the time (the start of Ngannou’s career), what I was doing was that every time they (MMA Factory fighters in the UFC) had an interview, I will ask them to drop the name of Francis Ngannou; name-drop him,” Lopez said on The MMA Hour. “So every time that they will get caught in an interview, they will say, ‘Oh, we have so much good talent, you will know, soon enough you will know Francis Ngannou.’ That’s how I was trying to build his name… That’s how I used to push guys.

“As a matter of fact, I did do the same for Ciryl Gane… I tried to sign him with Mick Maynard,” Lopez added. And you know what, Francis went back to Vegas and he said to me, ‘Hey, I had Mick and he asked me if young guy in my gym name Ciryl Gane is good.’ And I said, ‘Oh yeah, he did? He said, ‘Yes, but you know what, because that people in the matchmaking, because they expect me to be very, very dithyrambic on the name of the guy, I didn’t say that, I said he’s a little bit good, but he’s not good yet to go to the UFC.’ That’s coming from Francis Ngannou’s mouth. For him, that’s a strategy to do not have Mick Maynard get suspicious of me and him being on the same page, which is not true.” (Transcribed by MMA News)

How do you see Francis Ngannou vs. Ciryl Gane playing out?