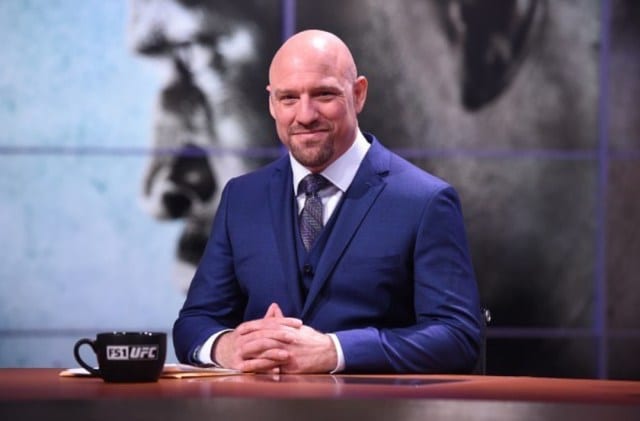 Jimmy Smith will be the new play-by-play voice for WWE Monday Night RAW.

The news was recently announced by the pro wrestling promotion as Smith will replace Adnan Virk and will work alongside Corey Graves and Byron Saxton starting May 31.

“WWE today announced that Jimmy Smith will debut as the play-by-play voice for Monday Night Raw starting this Monday, May 31 at 8/7c on USA Network,” a statement read (via Middle Easy). “Recently, Smith served as an analyst for NXT, where he hosted NXT TakeOver pre-show panels and worked on special projects for the black-and-gold brand. He is also the daily host of SiriusXM’s ‘Unlocking the Cage’ and was the host of ‘American Ninja Warrior’ on G4.

“Smith will be joined at ringside for every Monday Night Raw by analysts Corey Graves and Byron Saxton.”

Although it’s no longer mixed martial arts, it’s a big gig for the former Bellator and UFC commentator. Smith notably departed the UFC as a free agent after completing a one-year deal in late 2018.

It surprised many as Smith did a great job during his time with the UFC and was very well-liked. However, the Las Vegas-based promotion had other plans going forward from 2019.

“That was it. Other than Joe [Rogan] it’s all UFC fighters, that’s it. ‘We had no issue with your performance, everybody loved you, but you didn’t fight in the UFC,’ so that’s it.”

Things have clearly worked out for Smith since, however.