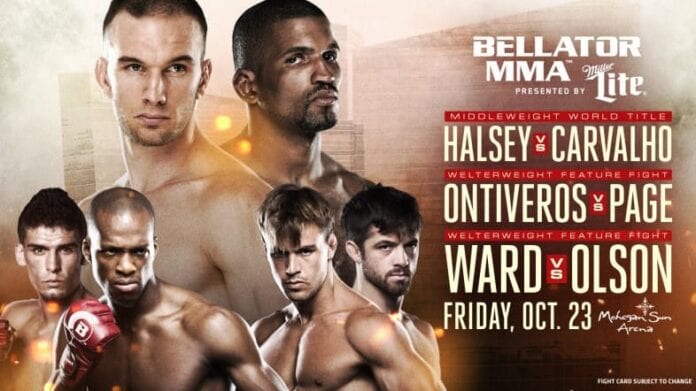 Bellator MMA returns to the spotlight when they hold their 144th event this Friday.

The main card will feature four bouts with the title bout between Brandon Halsey and Rafael Carvalho as the main event while Dennis Olson vs. Brennan Ward has been bumped up to the co-main event. Also on the main card, Charlie Ontiveros vs. Michael Page and Isao Kobayashi vs. Goiti Yamauchi will take place.

The preliminary bouts start at 7 p.m. ET while the main card kicks off at 9 p.m. ET on Spike TV.

Down below is the finalized card for the event: