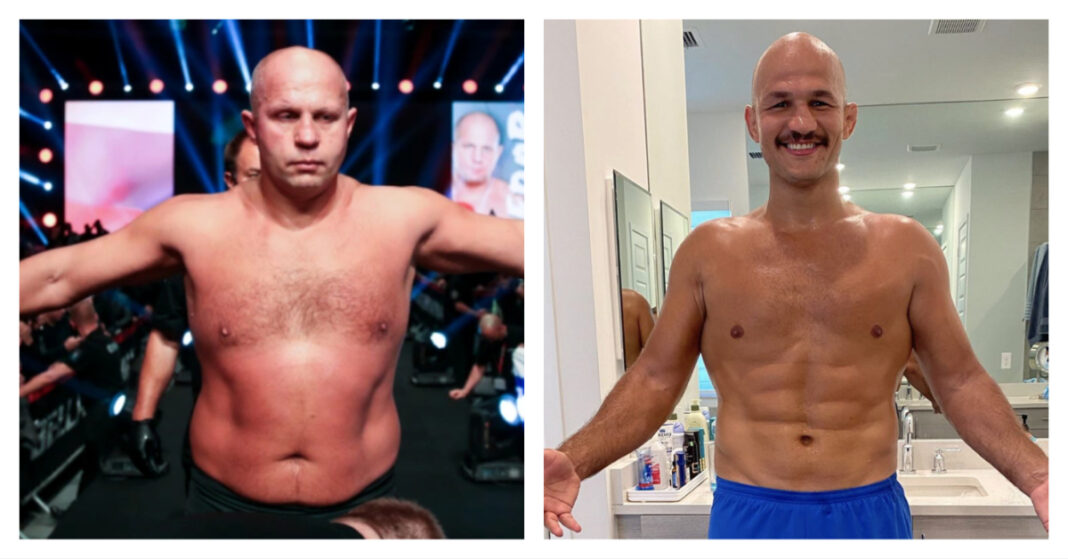 MMA pioneer, Fedor Emelianenko, has stated that he is no longer interested in a fight with Junior dos Santos.

Following his release from the UFC, former heavyweight champion, dos Santos, was signed to Eagle FC, an MMA promotion founded and promoted by Khabib Nurmagomedov. Along with the announcement, a promotional debut was booked for dos Santos to face fellow UFC alum, Yorgan De Castro, a bout which took place on May 20.

The fight was going well ‘JDS’, controlling the contest throughout using his superior striking while De Castro. Then, in the third round, dos Santos, while throwing a right hand appeared to dislocate his shoulder, which forced the referee to stop the fight, awarding De Castro a stoppage victory.

Prior to the bout, Nurmagomedov had brought up the prospect of a potential fight between dos Santos and former Pride heavyweight champion, Fedor Emelianenko.

Even with the loss, Nurmagomedov was still hopeful that a bout between the two heavyweights could be made, especially due the circumstances surrounding dos Santos’s loss.

“I think it’s still viable because even if he lost, Junior looked amazing,” Nurmagomedov told MMA Underground. ”Everybody see tonight, he’s improved a lot and he was looking amazing. And I think it’s still interesting.”

Although many felt that dos Santos was hard done by in his last fight, Emelianenko seems unsympathetic and any hope for matchup is dwindling. Talking to Russian media outlet, Okko, ‘The Last Emperor’ shared his thought and it’s not looking for MMA fans.

“A meeting was planned with Scott Coker [Bellator President], but as I understand it, Scott and I are not interested in this fight with Junior dos Santos.  First of all, because of the defeat of the latter [Dos Santos].

Emelianenko, aged 45, is currently signed with Bellator, most recently making an appearance for the promotion in October 2021, knocking out Tim Johnson in Moscow, Russia.

Would you have liked to see Fedor Emelianenko Vs? Junior dos Santos?