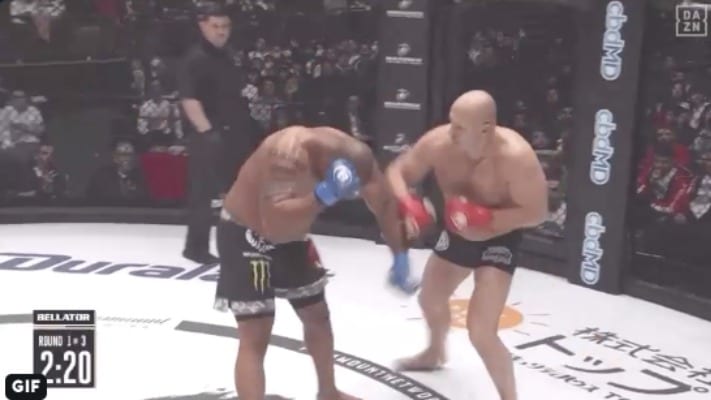 “The Last Emperor” got in one more shot before the referee stepped in to wave the action off. After the win, Emelianenko announced that he is likely ending his MMA career in the country in which he built his amazing legacy.

Check out Emelianenko’s big knockout win over Jackson below.

What did you think of Emelianenko’s knockout win over Jackson?