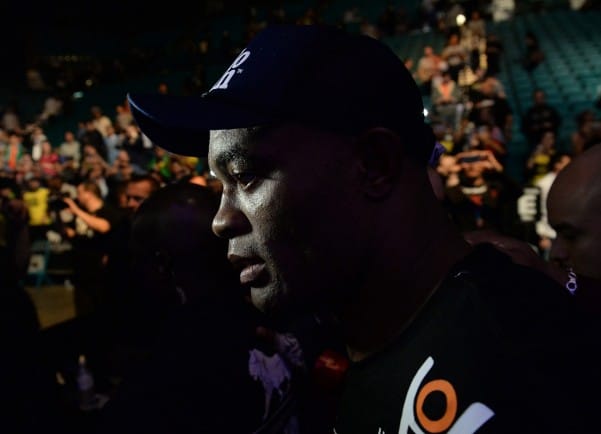 Cast your minds back to late 2013, when a dishevelled welterweight champion Georges St-Pierre vacated his belt. He cited the MMA drug problem as his reason for leaving the title behind, and called for stricter OOC (out of competition) and post-fight drug testing. WADA (world anti-doping agency) and NSAC (Nevada State Athletic Commission) have started to administer this OOC testing, and what a result it’s had.

In line with what “Rush” was talking about back then, the testing has pulled out some shocking revelations. The cold fact started to emerge, slowly at first, that most of the world’s biggest MMA stars have been on some sort of drugs. Wanderlei Silva skipped out on a dope test, and was subsequently banned for life, Chael Sonnen failed multiple drug tests, Vitor Belfort was loving the TRT (testosterone replacement therapy) and that’s just scratching the surface, and all in the space of 2014.

So is the recent epidemic in drug test failures something new? Well, no, not really. This stuff has been going on for years, but never has MMA been more popular. This recent bout of high-profile drug busts comes at a time when the sport is just hitting the limelight, it has broken through to the mainstream, but the MMA drug problem is slowly pushing it back in to the dark ages.

All this, and we haven’t even mentioned the two biggest drug busts of all time. That’s right, I’m referring to UFC light-heavyweight champion Jon Jones testing positive for cocaine, and former middleweight champion and consensus GOAT Anderson Silva getting busted for two anabolic steroids. What was also apparent, especially in the case of Jones, was how much the UFC was willing to downplay the whole situation, even though it was rather transparent.

The hard truth about this sport, this unforgiving sustained punishment on your body, is that it takes a toll. Whether our favorite fighters started off roiding or not, it’s apparent that most of them turn to the needle in the end. It’s either that, or they fall off the horse quickly. Martial arts is certainly a young man’s game at the competitive level, and what we are starting to see is saddening, and alarming at the same time.

And even with the more stringent and regular/random testing, we are seeing guys still using. Who would’ve thought that in just one month and seven days, we’d see two of the UFC’s marquee fighters shamed for failed drug tests. So where does this whole thing go from here? If you ask me, it’s only going to get worse.

The very nature of the sport breeds a ‘never say die’ attitude, one that in turn means athletes will do anything to relive their glory days, or to maintain a level of performance that otherwise may not be attainable. There is light at the end of the tunnel, but I feel that there are many high profile drug busts to come before that time.

Strap yourself in, because 2015 is proving to be a bumpy ride already.