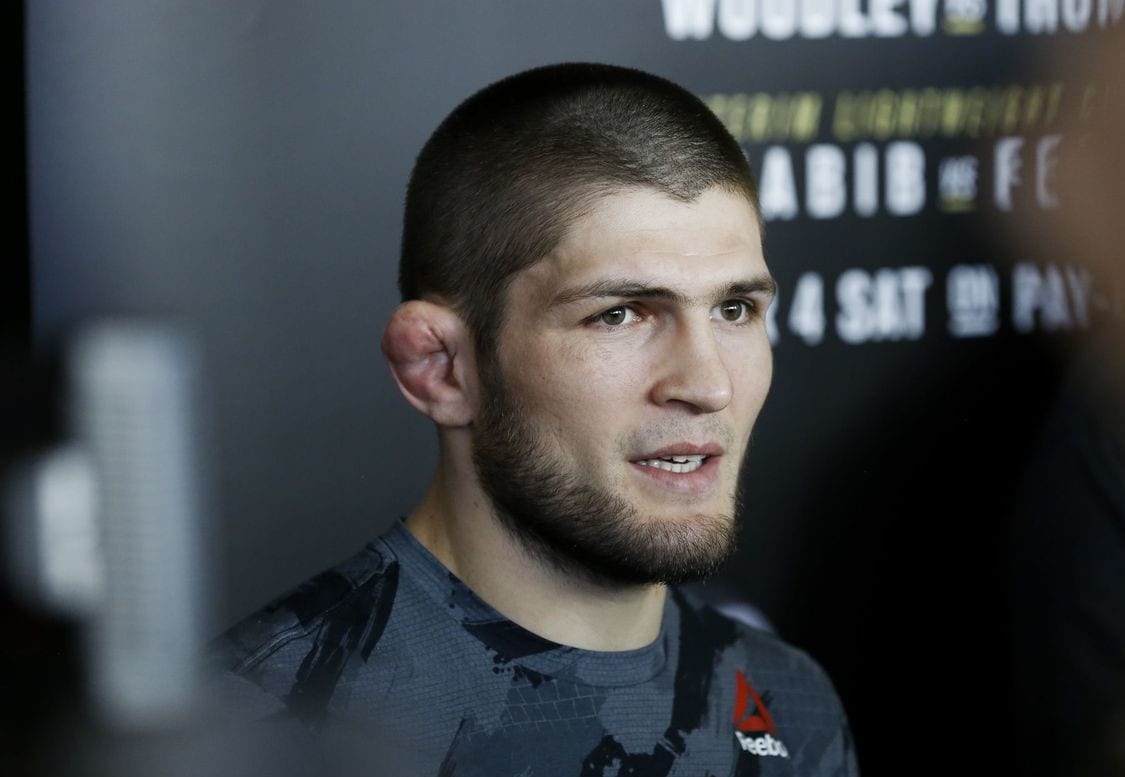 UFC lightweight champion Khabib Nurmagomedov is expected to make his next title defense at the upcoming UFC 242 pay-per-view (PPV) in September.

The show will go down from Abu Dhabi on September 7 at a venue yet to be determined. However, all signs point to Khabib headlining the card in a lightweight title unification bout against interim titleholder Dustin Poirier. But according to Khabib’s father, Abdulmanap Nurmagomedov, that isn’t set in stone.

Abdulmanap tells Sports.Ru that his son is preparing for any of three possible opponents – Poirier, Conor McGregor, or Tony Ferguson:

“There are three opponents in development,” said Abdulmanap. “There is Ferguson, a rematch with Conor and Dustin Poirier. Khabib is preparing for any of them.”

“For me it would be logical to fight against Dustin Poirier.”

Poirier captured the interim lightweight title by defeating featherweight champion Max Holloway at UFC 236 in April. McGregor last competed in October, as he was submitted by Nurmagomedov in their title clash at UFC 229. Both men were suspended for their involvement in the post-show brawl between their respective teams.

But perhaps the man most deserving of the title shot is Tony Ferguson. The former interim lightweight champ is on an 11-fight win streak and has been chasing a fight for the undisputed lightweight title for quite some time. Ferguson will face Donald Cerrone this weekend (Sat. June 8, 2019) at UFC 238.