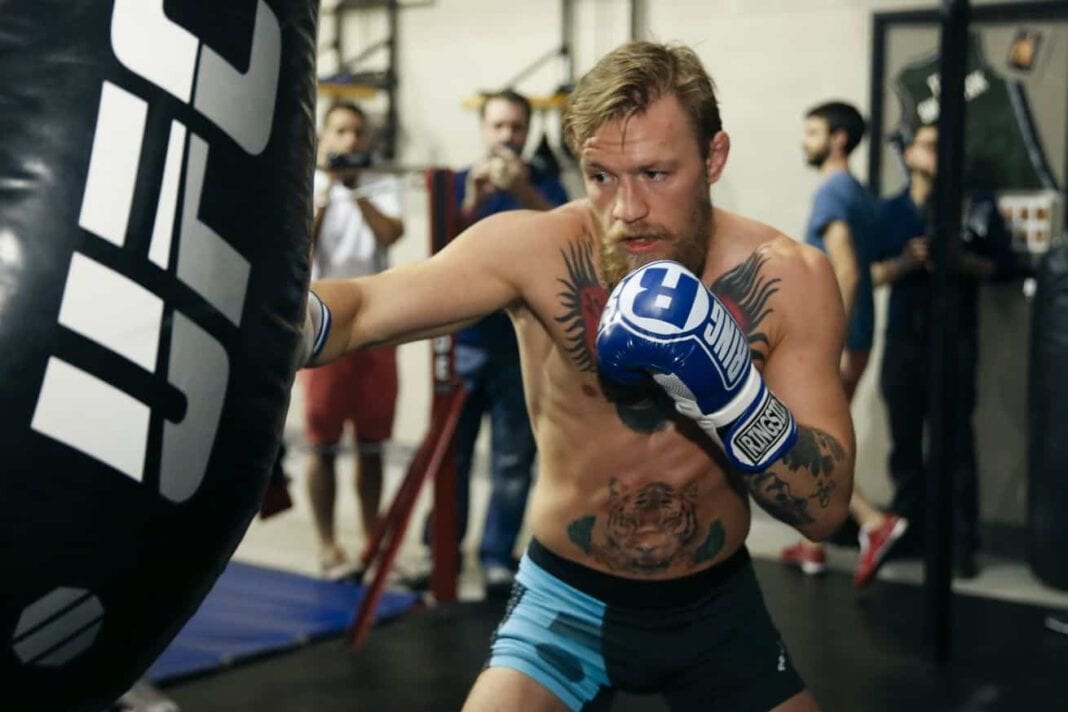 The debate and discussion regarding Floyd Mayweather vs. Conor McGregor has reached new heights, and recently one of boxing’s big name trainers weighed-in on the contest.

That trainer is Teddy Atlas, who helped coach Mike Tyson when he was a teenager, and was a driving force behind the success of former heavyweight champ, Michael Moorer. More recently, Atlas has worked with Timothy Bradley, who took out Brandon Rios with him in his corner. Atlas has also spent time as an analyst and commentator.

Well, following the news that Mayweather and McGregor will box on August 26th, Atlas appeared on ESPN to discuss the massive fight.  While doing so, Atlas had this to say about McGregor and his chances of scoring a win, over the undefeated Mayweather (quotes via MMA Fighting):

“At the end of the day, myself, most boxing people that have been around the business think it’s a caveman in there with a defensive genius,” Atlas said. “And usually cavemen don’t win those matches, because in this case they’re not allowed to bring a club. Even if he brought a club, you know what? There would be a lot of strikes. I don’t think that he’d be catching Floyd too easily with that.”

“You got a guy, that yeah he’s a good striker,” Atlas added. “He might be one of the better strikers in the MMA world, I don’t know. I don’t rate him that way. But in the boxing world, he’s a ‘C’ class fighter. And I’m not knocking him. Because if it’s MMA rules he wins. Because he comes in low, he gets under his legs, he gets him on the ground, he ground and pounds, he grapples and Floyd’s got no chance. But strictly standing, you know Marquess of Queensberry Rules? Nuh uh. Not happening.”

Now, while McGregor supporters and his camp likely won’t care for these comments, Atlas isn’t the only one who’s made this argument. Sure, they might not have referred to McGregor as “C class”, but in the boxing community, it certainly doesn’t seem like any pundits are expecting this to be a competitive bout. In fact, amongst most MMA experts, the pre-fight narrative is pretty similar.

As Atlas noted, we’re talking about one of the greatest defensive boxers ever in Mayweather, who will face McGregor in an environment where he can only throw punches. Where his feared left hand will be padded by a 10-ounce glove…So, landing that big, KO punch is going to be tough sledding.