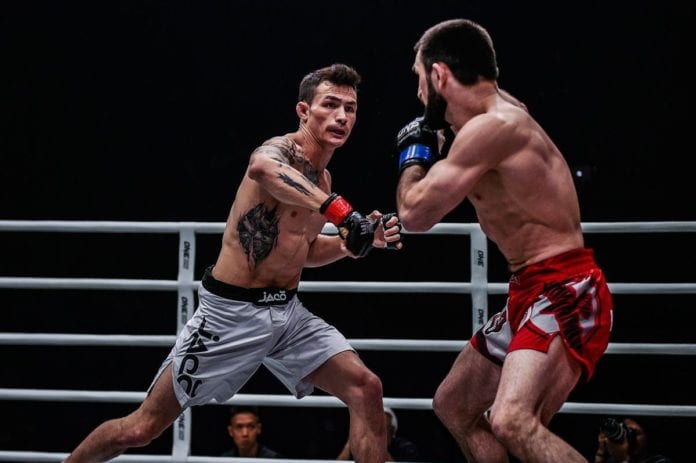 The announcement back in February that Vietnam had legalized MMA may not have scored significant media headlines, but for two of ONE Championship’s leading featherweights, it was huge news.

ONE Featherweight Champion Martin Nguyen and his divisional rival Thanh Le — next in line for a shot at Nguyen’s title— are known for their striking prowess. They also share Vietnamese heritage; Nguyen is Vietnamese-Australian while Le is Vietnamese-American.

For Le, the chance to compete in Vietnam for the title would be a career highlight.

“I think fighting for the belt for ONE Championship [is] one of those moments in my life, and doing that in Vietnam would magnify that by a thousand times.

Due to the coronavirus pandemic, ONE has been on hold since the end of February, and it has only been this week that Singapore — where the promotion is based — has begun easing restrictions.

When ONE does get the green light to return, it will likely want its most prominent stars back in action ASAP. The Nguyen-Le title fight is a sure-fire crowd-pleaser, and one of the biggest fights the promotion could make.

If it took place in Singapore, it would attract plenty of attention. However, if it took place in Vietnam — a country with an impressive record of battling the coronavirus — then ONE has the chance to create a special sporting moment, one that could capture the imagination of an entire nation.

If Le gets the choice, he knows which option he would prefer.

“If it were up to me, I would wait a little bit, and we would fight in Vietnam, but nothing is more important than getting the opportunity to fight for the belt,’ he exclaimed.

“So if that would sacrifice something like that, obviously I would fight in the bathroom, but you know, but if all things lined up, that would be great. I would wait a little extra time to fight in Vietnam.

Le has experienced a dream run since making his promotional debut last May. Three victories from three fights have him one win away from the featherweight belt. He is currently waiting on the exact date and location of his title shot, but moving forward, the 34-year-old also has ambitions beyond conquering his current weight class.

“I fight, win the title, defend the title all that good stuff and maybe take a trip to lightweight and see how that goes,” Le says.

“Obviously, I’ll never look past Martin and the featherweight division because they have a ton of guys I need to clear out before we can do any of that, but that’s definitely in the future.”

For now, Le is forced to play the waiting game, but as soon as ONE is given the all-clear to hold events, the company’s matchmakers should expect to hear the Louisiana native calling about the exact when and the where of his title fight.

And if it does takes place in Vietnam, it would make the bout that much the sweeter.