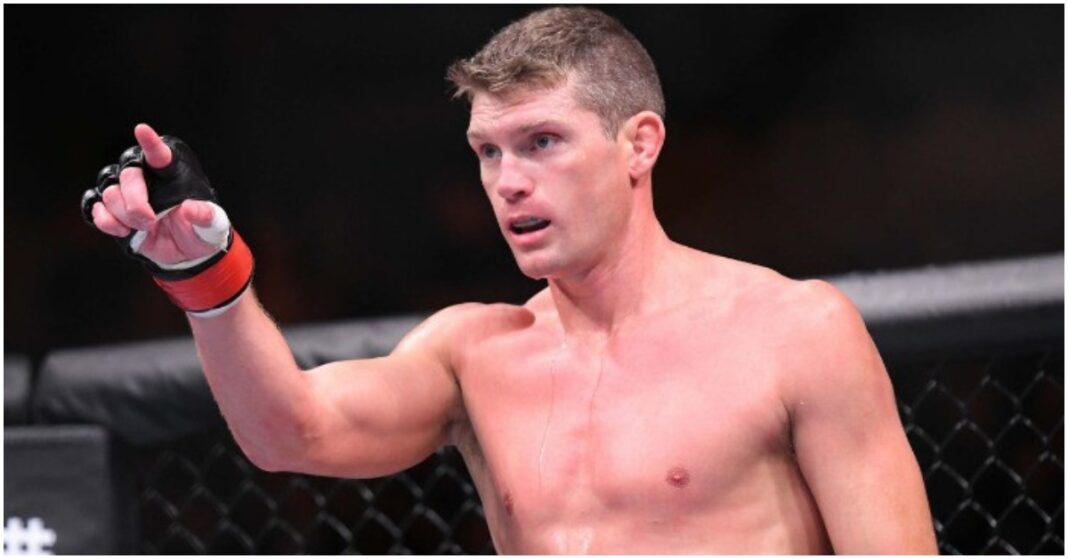 Stephen Thompson is expecting Belal Muhammad to try to wrestle him at some point during their welterweight match-up which is set to take place at UFC Vegas 45 on December 18.

During a recent interview with LowKickMMA, ‘Wonderboy’ spoke about the advantages he carries into the fight and how Muhammad is pretty good at neutralizing his opponent’s greatest strengths.

“I feel like I do have the height and reach (advantage) but again I’ve seen him fight taller and longer guys and he works them,” Thompson said. “The guy has got a work ethic and spirit like no other. I mean, he’s relentless, he comes forward, he wrestles, he’s got amazing cardio. I mean, you saw his wrestling against Demian Maia. I’ve never seen that before. I’ve never seen anybody defend Demian Maia like he did.”

Thompson believes his opponent is as well-rounded as they come but expects that on fight night he will try to wrestle him, especially after seeing who Muhammad has recently been training with. “

“He’s good everywhere. He’s a really tough guy,” Thompson said. “So I do believe that at some point he’s going to be shooting, obviously. He’s done some work recently with Gilbert Burns, so he might take a note out of Gilbert Burns’ book and go straight in for the takedown but I’m ready for it.”

Stephen Thompson Is Looking To Remain Relevant At 170lbs

‘Wonderboy’ enters UFC Vegas 45 off the back of a dominant decision loss to Burns last time out. A second successive defeat would be catastrophic to Thompson who at 38-years-old cannot afford any more slip-ups if he wants to become UFC champion before he calls it a career.

The Karate specialist twice came close to dethroning Tyron Woodley but ultimately walked away without the title. Since then his form has been patchy but he has still managed to pick up several high-profile wins over the likes of Jorge Masvidal, Vicente Luque, and Geoff Neal.

Do you think Stephen Thompson will get back in the win column at UFC Vegas 45?