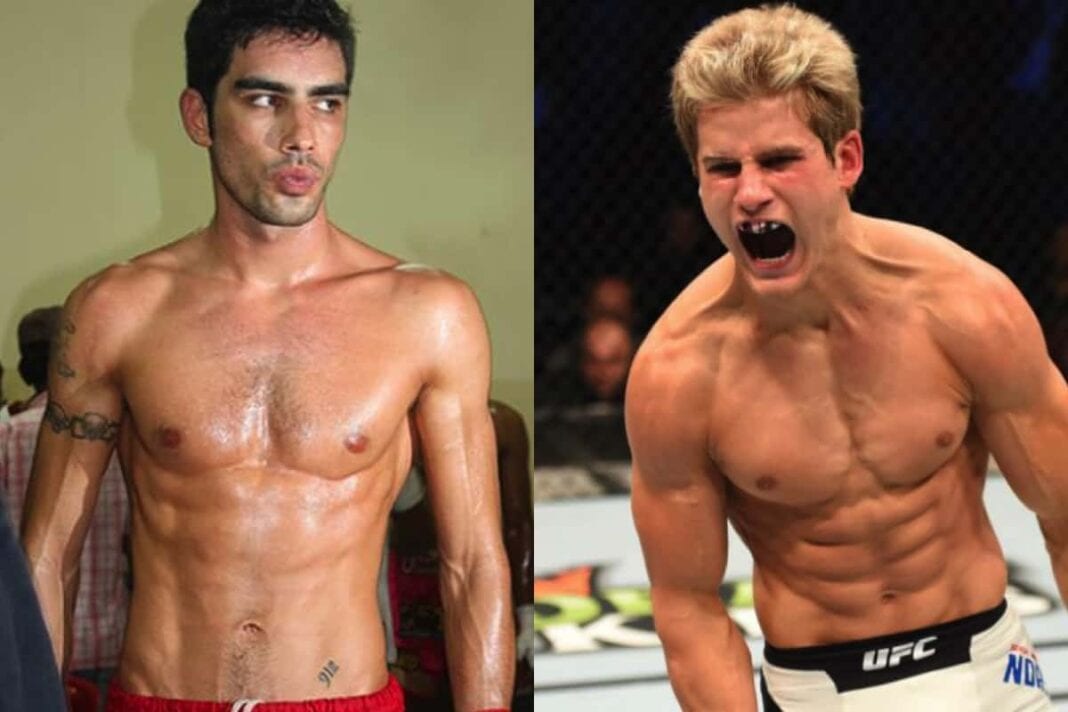 Earlier today (Wed., June 8, 2016) a report surfaced from Dan ‘Hangman’ Hooker that Muay Thai champion Ilya Grad had released his own account with brutal details of a sparring session gone wrong with rising UFC phenom Sage Northcutt, where his father Mark Northcutt had allegedly tried to control the sparring and ‘baby’ Sage.

The drama didn’t stop there, however, as Gracie Barra Westchase-Houston owner Ulpiano Malachias also called out Northcutt and his dad in a big way in a Facebook post that was later taken down:

“I don’t get it, you want be a fighter but you can’t get hit? also your dad who never fought wants to be the coach. MMA is for tough people not for a sissy, if you are sissy you should try ballet. Lucky for you I was not at my school today because if I was there I will punch you and your fricking dad on the face. Again if u can’t get hit you should keep just hit the pads like u always do and get your ass kick like the last fight. So I hope u and your dad see my post and came back so I can teach you both a lesson. Sissy big time. #‎ufcisformennotforsissys”

But Northcutt’s father Mark and his 17-year-old younger brother Shaun, who is also training to be a MMA fighter and was at the sparring session, were quick to respond with he and his family’s own firsthand account of the situation, and needless to say, it’s quite a bit different from the opposing side’s.

Mark Northcutt immediately refuted the account, noting that Muay Thai champion Grad said he was injured and didn’t want to spar after they had driven to meet him. They said they were prepared to leave until Grad finally assured them he would spar with ‘Super’ Sage:

“Everything that Ilya made in this post is completely untrue. First off, we get there and Ilya says, “Oh my neck’s hurt, I really can’t spar, why don’t we just do some light drills?” When Sage’s coach said that was okay, we’ll go back on our side of town and train, he just said “Well, okay, I’ll go ahead and spar.”

While Grad’s story from the gym said that Mark Northcutt was trying to coddle Sage with negative baby talk, they said Grad was instead asking Sage to tone it down from the session’s outset. They refuted the notion that it was Sage who needed to improve his striking, as Grad apparently didn’t live up to his billing:

“From the first few seconds of sparring, Ilya is complaining about Sage the entire time saying “don’t hit so hard, tone it down” and Sage is maybe going 30% and not even throwing any kicks to speak of. For Ilya to say that he was there to teach Sage is a complete lie – that guy couldn’t teach Sage anything and he moved around like a robot with his feet in quicksand. We came over there because Sage’s Gracie coach said that he was a world champ in Muay Thai and would be glad to spar 100% – and him wanting to spar 100% was the farthest thing from the truth.”

Much of the initial backlash was centered on Mark’s supposed attempt to control the session, leading Grad to cal him the ‘worst coach in the world.’ Shaun Northcutt quickly refuted that as well, noting that all Mark had said was if Grad’s neck was hurting, he should have canceled the sparring session.

“Ilya said Sage’s dad was talking crap from the start, that’s a joke. What his dad said was if that guy knew his own neck was hurting, which one one believed, he should have called Sage and canceled everyone driving all the way across town and kept them from wasting their time. Him saying he was acting like everyone owed him something? That’s also stupid. No one acted like that, we simply thought Sage was going over to spar with some world Muay Thai champion, so why is he giving Sage a bunch of excuses and whining?”

The sparring session was taped, and Mark was quick to shut down any notion that Grad was supposedly trying to ‘help’ Sage improve in any way.

Jump to the next page to watch the video and read their response. 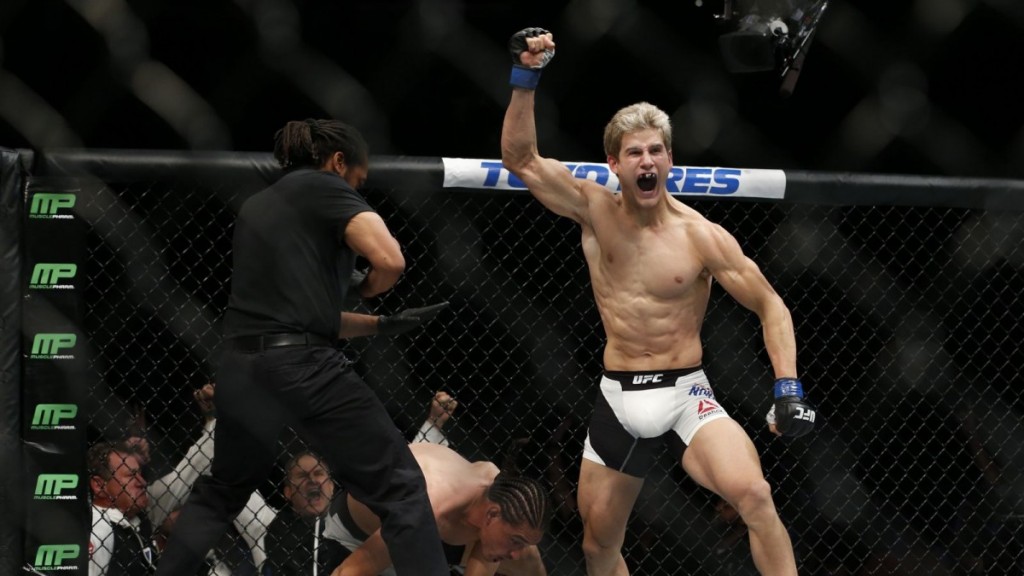 As for the ‘negative pep talk,’ Mark stated that he was merely trying to keep Sage from getting injured in a small cage, where Grad’s friend Terrance Johnson was allegedly telling Grad to knee Northcutt ‘low in the legs’:

“In between rounds he said since he’s sparring in some 10 ft wide by 15 ft long rectangle, circle off of the cage/wall since there’s no real room to move.

“The main issue was some wannabe 2-1 amateur Muay Thai fighter named Terrance Johnson telling Ilya to knee Sage low in the legs when it was already agreed upon not to throw any knees at all (or elbows to the face).”

Mark also elaborated on that seemingly dangerous aspect of the session and how they responded:

“In between rounds, there was some other guy, some little amateur guy that was telling him (Grad), ‘Why don’t you knee him, why don’t you this?’ That’s actually what set me off at the very end because we had said, ‘Hey, no knees, he has a fight coming up, you know, no knees and no elbows.

“My 17-year-old comes over and goes, ‘Hey that guy that guy back there just told him in between rounds to knee him. He goes, ‘I got it on video.’ And I confronted them about it, and they just went ballistic.”

Here’s the video of the session:

Mark also noted that Grad account of wanting to help Sage was completely false, adding that Grad was nothing special as a Muay Thai champion, but was rather robotic as he took on a role that was outside his expected place as a sparring partner brought in to get hit by Sage :

“For that guy to sit there and say that he in some way, shape, or form was trying to give Sage advice, you know, like from a coach point of view, that’s totally misrepresented. Sage, in two minutes flat, would’ve knocked that guy out. If you see the video, he’s totally 25-35 percent. It’s a joke. And the guy looked like a robot out there, trying to dance around his little Muay Thai stuff. I didn’t believe he was a Muay Thai champion. I just kinda laughed, we all did. That guy wasn’t there to coach Sage, help Sage, he was there to be a live body. Our guy, our jiu-jitsu Gracie guy, he goes, ‘He’s supposed to be a world champ, hit him as hard as you want, that’s what he knows he’s there for, so take it to him.’

“And that was the furthest thing from the truth.”

Shaun Northcutt also recalled the situation where Mark attempted to diffuse the situation where his son could have been hurt. He also said he has video of the entire session and will release it online, accusing Grad and Malachias of trying to stir up drama in order to get attention:

“When I told Sage’s dad (my dad) what I saw, my dad confronted him and that guy called me a liar when I filmed the entire thing and have it on tape.

“So to sum all of this up, I’ve got the videos and I’m going to post them on YouTube so everyone can get a good laugh at some so called world Muay Thai champion. Anyone that knows Sage will see that he’s playing around because the guy was a complete whiner. This guy’s Instagram post is just to create drama so maybe he can up his whopping 1300 followers.”

So Northcutt’s camp has spoken up with their side of the story, and it seems as if both accounts have completely contrasting tales to tell. With some harsh accusations being levied from both camps, hopefully the video will help shed some light on the strange situation.