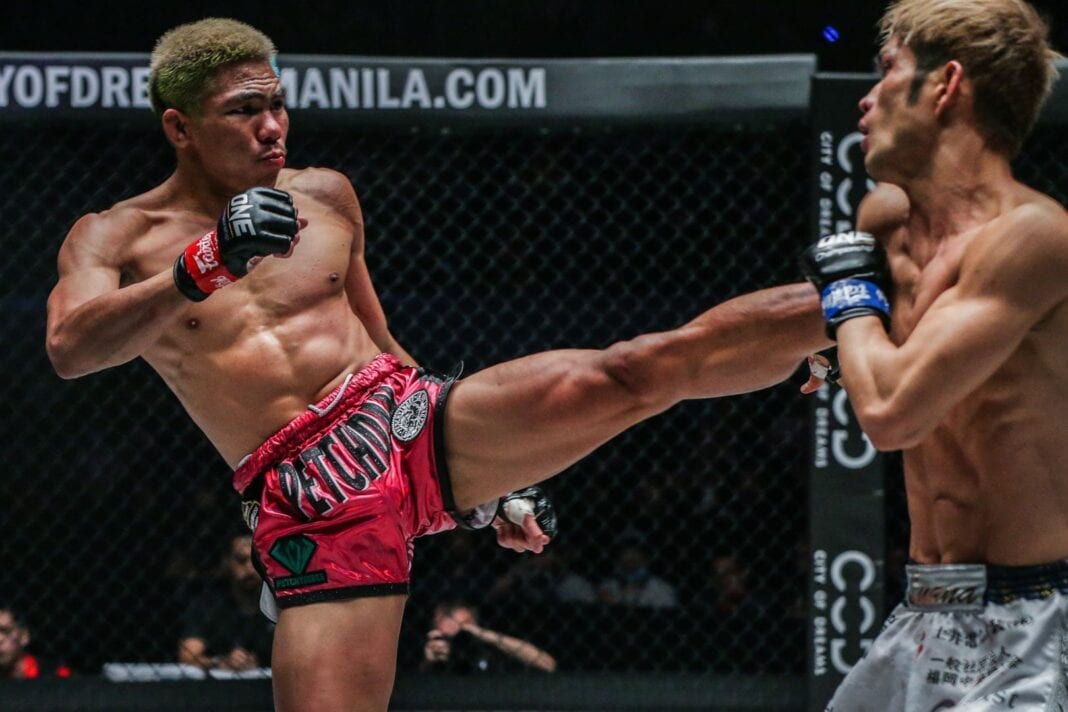 ONE Championship will return on Fri. July 31 when it hosts ONE: No Surrender in Bangkok, Thailand. The card consists exclusively of Thailand based fighters and is set to feature some of the best stand-up bouts of the year.

Headlining the event is the anticipated trilogy matchup between Rodtang Jitmuangnon, who will be defending his ONE Flyweight Muay Thai World Title, and former ONE flyweight kickboxing champion Petchdam Petchyindee Academy. This contest will be the pairs first under the ONE banner following earlier bouts in 2017 and 2018. Both those fights went the distance with Petchdam drawing first blood before Rodtang evened the ledger. After the two men signed with ONE, it was inevitable their paths would cross once more.

” I fought Rodtang twice; I know his style. The fight will be different than other times. We are wearing small gloves, and it’s very dangerous if he catches me. My game has to be 100%. I feel I am ready to take this challenge and showcase my skills to the world against Rodtang, “Petchdam told LowKickMMA.

Since arriving at ONE in 2018, Rodtang has been something of a bulldozer, walking down and bullying opposition on his way to claiming the flyweight Muay Thai title. The 22-year-old has yet to taste defeat at ONE, but Petchdam is confident that he has the right skillset to take down the ‘Iron Man,’ regardless of what fans and critics think.

“I take every fight seriously. It doesn’t matter if I am fighting a Thai or a foreigner. The level of ONE Championship is the highest level. Every fight is important to me. This bout is more exciting for me, I am coming into this fight as an underdog, and I am ready to show the world that I can beat Rodtang.”

Petchdam is no stranger to ONE gold after capturing the promotion’s flyweight kickboxing title in his second fight for the company, only to lose it during his first defense three months later. However, he bounced back after that loss, turning his attention to Muay Thai, the sport where he feels most comfortable. A victory over Japan’s Momotaro was enough to earn him the fifth spot in ONE’s flyweight Muay Thai rankings.

Petchdam and Rodtang’s history meant the matchmakers were never going pass up the opportunity to match them one more time. In the build-up to their third clash, Rodtang has been more outspoken than usual, taking to social media to challenge Petchdam to stand and trade with him saying, “My only worry is that he will run away instead of going toe-to-toe.”

The comment should be taken as the start of the mind games between the two. One of Rodtang’s main strengths lies in his ability to dominate his opposition physically. Petchdam, a slick mover and striker, has no intention of falling into this trap, especially as the fight will take place in 4oz gloves.

“I don’t really care what he says. This is the fighting business. To stand and trade punches with him does not make sense for me. It’s just like a chess match, and I got to outscore him and make him walk into my dangerous weapons, not me walk into his,” he commented.

“Competing in 4oz gloves is always a big challenge, Especially fighting someone so strong like Rodtang. I am working on a very clever gameplan, and I hope you enjoy the show.

This will be the first time that either Petchdam or Rodtang has fought a fellow Thai in the ONE Championship Circle. When you add into the mix the location of the fight, the two men’s past history and the fact it’s a title bout, and what you have in place are all the ingredients for a classic contest and the perfect fight to kickstart ONE’s post-Covid return.

How do you see this fight unfolding?