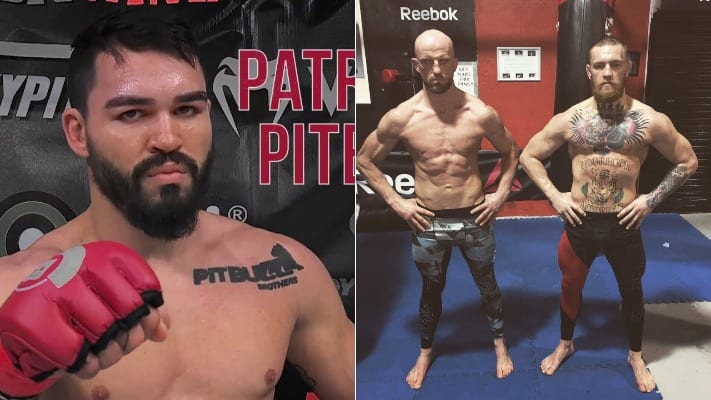 Patricky ‘Pitbull’ Freire makes his much-anticipated return to the Bellator cage this Friday. Following his brother, Patricio‘s recent win over Emmanuel Sanchez, Patricky is looking to make it 2-0 for the Pitbull brothers in 2021. His opponent is Irish knockout artist Peter Queally.

There has been a long running rivalry between the Pitbull brothers gym and SBG Ireland, the gym of Queally, James Gallagher and Conor McGregor.

Patricky recently sat down with Lowkick MMA’s Frank Bonada to discuss the animosity between himself and Queally.

“First he started talking a lot of sh*t… He came to attack us but he wasn’t a Bellator fighter back then,” Freire said. “So I told him I would give him a chance to put his money where his mouth was, and got him the job at Bellator. Which I did, I asked Bellator to hire him. And they did.“

“So he has to be very thankful to me. For being granted this opportunity in a big organisation, getting big money and a big promotion in his home country. He could even pay me a little bit of his (fight) purse amount because I’m pretty much his manager. But I’m gonna do what he was looking for, I’m gonna beat him up.”

Patricky only sees this fight going one way, and will look to emulate his brother’s victory over another SBG fighter in Pedro Carvalho. He stated the following:

“My camp was very good. I feel very good, like a young lion. One year I don’t fight so I’m very hungry. I’m very excited to fight.”

“He talks too much… I will finish him. Easy. Like my brother make with Carvalho. Inside the second round, I’m sure.”

Patricky ‘Pitbull’ Freire will face off against Peter Queally on Friday the 7th of May. The fight is on the main card of Bellator 258, along with other fan favourite fighters such as Michael Page, Sergio Pettis, Juan Archuleta and Anthony Johnson.

How do you see Patricky Pitbull vs Peter Queally going? Let us know in the comments below.