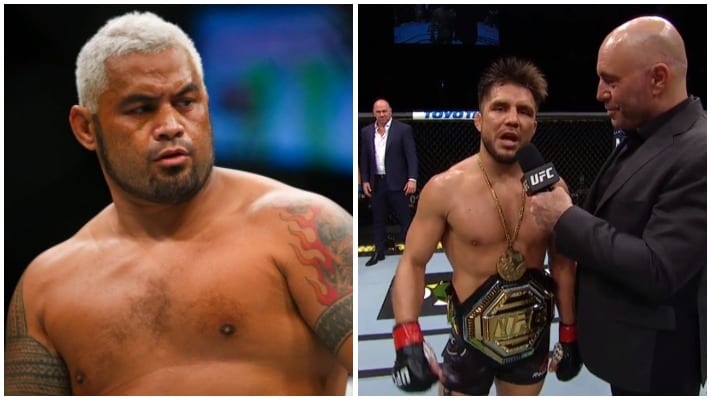 Speaking exclusively to LowKickMMA Hunt wanted to make it very clear he doesn’t support the UFC and urges the fans to do the same as the promotion continues to rip off fighters.

“Who gives a sh*t about Fight Island? Fucking Dana (White) is just a d*ckhead trying to rip everyone off. He’s not trying too he is still ripping everyone off!”

Hunt also took time to react to the seemingly premature retirement of former dual weight UFC champion Cejudo, who many believe is walking away from the sport as he’s not earning enough money.

“That’s exactly what I’m talking about and I know this stuff because I was in it,” Hunt said. “I never got the title but if I did I would’ve been exactly like Henry Cejudo and the rest of them – speaking my mind and telling I want more. When you’re a top end prize-fighter or world champion you don’t need to ask more. If that was a boxing champion do you think they would be asking for more? No! Like I said, they’re not sharing the entire revenue, they (fighters) are only getting a small percentage and that’s totally wrong.”

“These fighters should be getting paid accordingly and they’re not and you can see that by guys like a world champion, Triple C, Henry Cejudo saying ‘I need more money’. Why is that Henry? Is there something wrong? ‘Yeah, because I’m not getting my worth. I’m not getting what I’m supposed to be getting.'”

Do you agree with Mark Hunt? Is Dana White trying to rip off fighters and causing guys like Henry Cejudo to retire early?