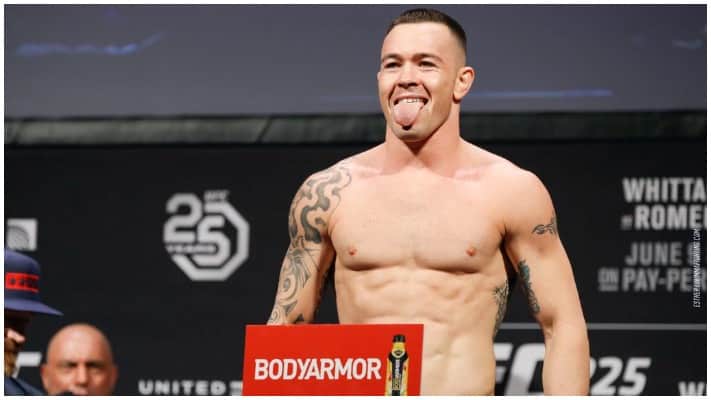 Dan Lambert of American Top Team thinks Colby Covington is “better off” after leaving his gym.

The ATT founder played a key role in Covington’s ascension to the top of UFC and his transition from a “pretty quiet” guy to one of the most controversial figures in MMA.

As ‘Chaos’ transformed into the brash, straight-talking, Trump-loving, confrontational fighter we see today, his relationships with his ATT teammates became strained.

Covington was beefing with Dustin Poirier, Jorge Masvidal, and Joanna Jedrzejczyk during his final months at the Florida-based MMA gym.

The 33-year-old ultimately left Lambert’s gym and found a new home at MMA Masters. Since then, Covington has secured a fifth-round TKO win over Tyron Woodley and another shot at UFC gold. He’s due to square off against Kamaru Usman for the second time at UFC 268 on November 6.

In a recent interview with LowKickMMA, Lambert insisted that he has no hard feelings towards Covington and stated his belief that ‘Chaos’ is best off away from ATT.

“I’ve talked to him a few times after he left the team. I have no problems with Colby,” Lambert told Darnell Giovani. “I don’t think he has any problems with me. He just, you know, his personality and who he was and how he chose to promote himself just doesn’t really mesh with having a big gym with a hundred fighters. If Colby had stuck to sh*tting on Brazil and you know, maybe supporting the presidential nominee of his choice, he would have been fine in the gym. But when you start attacking other people in your gym and commenting on other people that aren’t even your weight class, or even in your gender of fighting it doesn’t make for a comfortable situation in the gym. I think he’s better off being in a smaller gym that can focus on him and he can keep his shtick going with everybody else in the world.”

Do you agree with Dan Lambert? Is Colby Covington better off at a smaller gym?