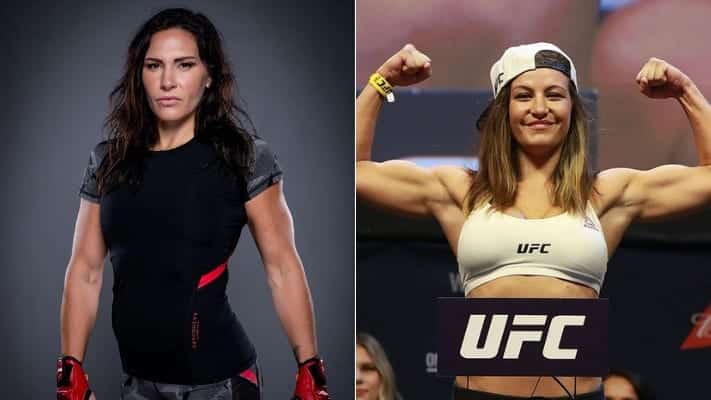 ‘Alpha’ Cat Zingano is set to make her second appearance for Bellator against Olivia Parker on April 9th.

She recently sat down to speak with LowKick MMA’s Frank Bonada to discuss her experiences with Bellator so far, her upcoming fight and more.

2020 was no doubt a very unique year for fighters, who had to compete and train under very different circumstances. Zingano revealed what it was like to prepare and then preform under covid protocols.

“The experience was weird” she said. “Training for it was totally a modification that I wasn’t used to. I can be very very particular with how my training camp goes. So to have that be so different, it was really good me to be out of my comfort zone, and still going out there and getting the win. Even though everything was crazy.”

“The silence of the crowd was also unique and I thought was pretty cool and interesting. It was a lot more sensual. You can hear, and smell, and see all of these different ways that wasn’t typical. I thought it was cool.”

Zingano holds wins over some of the greatest MMA fighters of all time, most notably a TKO finish of Amanda Nunes. Thus it stands to reason that she will always aspire to take on the toughest challenge available. In Bellator, that challenge is Cris Cyborg. However, Zingano is also focused on the task at hand. She stated the following:

“The goal my entire career is always to end up fighting the best at the top and a run for the gold. Right now that’s Cyborg, she’s got the belt, she’s ranked number 1. She’s got that going. So I’m continuing those goals and going after her. But none of that matters. That’s not even a choice or an option right now because what I have to focus on is the task at hand. And to walk towards that task minute by minute. Whatever happens from that will dictate what gets to happen next. But nothing happens next without handling what I got right now.”

Another former opponent of Zingano’s is Miesha Tate, who recently made headlines by announcing she is returning to MMA following an extended layoff. When asked her thought’s on Tate’s return, Zingano stated the following:

“A couple of years ago I had been asked to do a super fight jiu-jitsu match against her, for ONE FC. Either they asked me right before I was supposed to go into a surgery, or I had just got out of a surgery. So I wasn’t able to do it. But my point is that I knew that she’s been itching for competition. I know that she’s been wanting to get out there and get her hands dirty.”

“At one point I do know that the only fight she’d be interested in coming back to the fight game for would be against me. Maybe they (the UFC) let us borrow her for the weekend, maybe they borrow me for the weekend. That would be a cool fight to see happen. As well as a rematch with Nunes. But we’ll see. Right now none of that’s in the works but I definitely think it could be.”

Do you think Cat Zingano could feature in a cross-promotional fight with Tate or Nunes? Let us know in the comments.