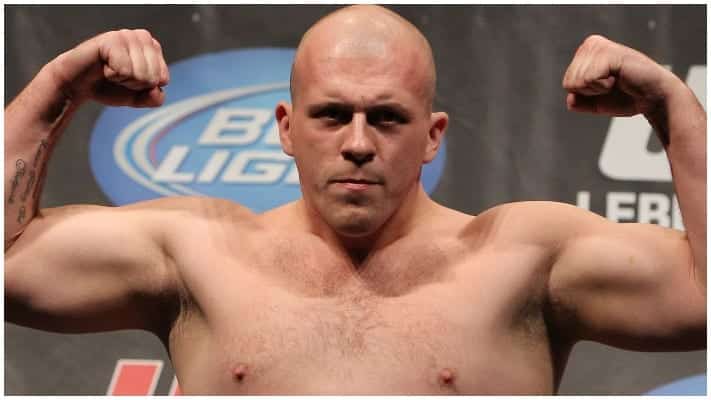 In a surprising turn of events, former UFC heavyweight Rob Broughton will be spending the next eight and a half years in prison after he was sentenced in the United Kingdom for his role in a drug ring that involved millions in cash and cocaine.

According to Liverpool Echo, Broughton was arrested in connection with a criminal ring run by brothers Alan and John Tobin, who supplied huge amounts of drugs to various gangs around England. While their primary business for dealing was cocaine, the drug ring also dealt in heroin, cannabis and ketamine.

Broughton was convicted after he served as the “muscle” and an “enforcer” for the brothers as he transported cash and collected debts from people who owed them money. Broughton has moved an estimated £30 million in cash — over $41 million in U.S.—while also lending out his services to Anthony and Leon Cullen, who led a “heavily armed drug gang”.

The drug ring ran between 2016 and 2020 with police finally stopping a massive shipment of cocaine that was valued at £20 million. Broughton didn’t have direct interaction with the drugs, he did however, “enforce unpaid debts” as well as move money around for the drug ring.

Broughton ended up confessing to his role in the drug running operation and while his lawyers wanted Broughton on a money laundering charge, the judge did not agree.

In the end, Broughton was sentenced to eight and a half years in prison with Judge Garrett Byrne adding “I’ve no doubt you have a keen sense of letting your family down and I hope when you’re released you have their best interests uppermost in your mind.”

In what is a sad turn of events for the former UFC Heavyweight, hopefully it helps put an end to an unfortunate and scary situation for many involved.

Do you remember Rob Broughton from his days with the UFC?