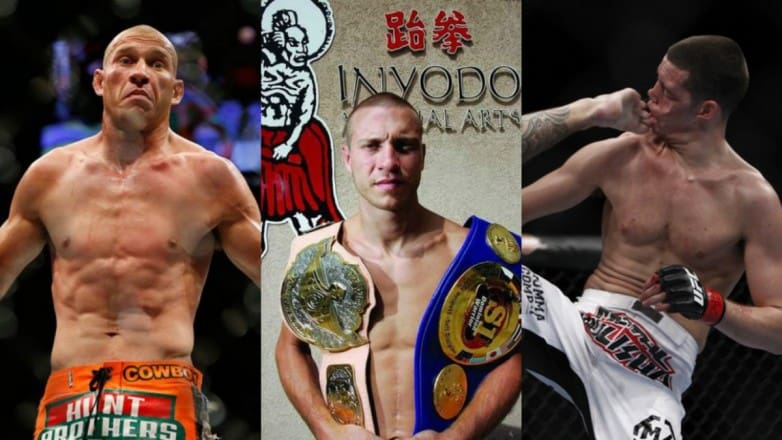 UFC lightweight contender and undefeated Muay Thai world champion Donald Cerrone is notorious for his surgically precise kicks. Whether it’s whipping in low kicks and firing off massive head and body shots, ‘Cowboy’ can finish a fight at any moment with his powerful kickboxing techniques. The lightweight champion Rafael dos Anjos will be the next to test Cerrone, as the WEC veteran steps up to face the Brazilian champion at UFC on FOX 17 this coming December 19.

We’ve seen plenty of footage of ‘Cowboy’ putting in his work for the title fight, travelling to Xtreme Couture recently for some grappling with Miesha Tate and also putting in plenty of graft at the BMF ranch in New Mexico. If he’s going to win the UFC belt, now is the most likely time as Cerrone looks to be in fantastic shape, and his recent results speak for themselves.

He dominated Myles Jury and Eddie Alvarez, and has finishes over Edson Barboza, Jim Miller, John Makdessi, Evan Dunham and Adriano Martins, as well as a tight decision win over former UFC/WEC champ Benson Henderson. The rematch with ‘RDA’ would avenge the only loss that Cerrone has in his last 10 fights, if he is successful in Orlando.

MMA Digest has put together a mash up of Donald Cerrone training kicks, and it he is sharper than ever. As an added bonus, there’s a slow motion segment of one of ‘Cowboy’s’ powerful low kicks right at the end, needless to say it sounds painful as hell.