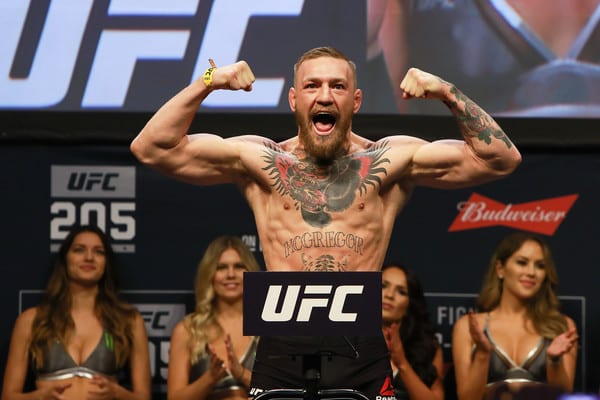 If you haven’t signed up for ESPN+ after the UFC’s recent broadcast deal with the sports network juggernaut, get ready to pony up.

ESPN has announced that ESPN+ will serve as the exclusive home for UFC pay-per-view (PPV) events moving forward. This means, now, the only way to watch UFC PPVs will be by purchasing them through ESPN+. The deal will last through 2025, extending the UFC and ESPN’s relationship with one another by two years.

The deal kicks into effect on the UFC’s next PPV event, UFC 236. The show goes down on April 13th from State Farm Arena in Atlanta, Georgia. The card features two interim UFC title fights. The first being for an interim 185-pound title between Israel Adesanya and Kelvin Gastelum.

Also, UFC featherweight champion Max Holloway faces Dustin Poirier for the interim 155-pound strap. UFC PPVs sold on ESPN+ will feature all main card fights. Prelims for UFC PPVs will continue to air on broadcast television as agreed upon under the initial deal signed between the two companies.

The UFC and ESPN signed a five-year broadcast deal recently, which includes 30 UFC Fight Night events a year. 10 main cards will air on ESPN, with the other 20 airing on ESPN+.