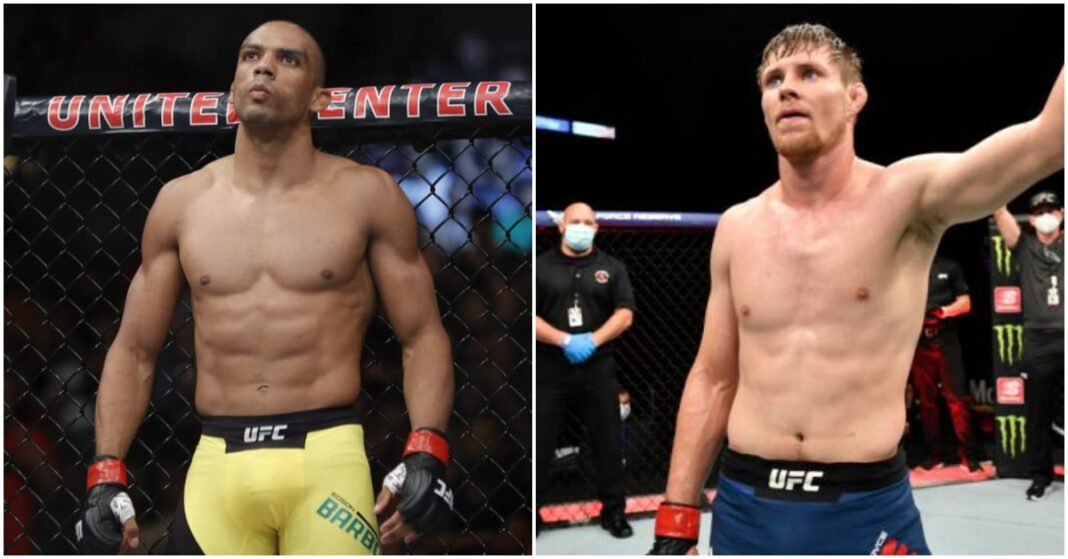 Edson Barboza will look to get back to winning ways against top featherweight prospect Bryce Mitchell on March 5 according to a report from MMA Junkie.

The Brazilian suffered a third-round TKO defeat at the hands of Giga Chikadze last time out. Prior to that, Barboza had been impressive since making the drop down to featherweight. He picked up back-to-back wins over Shane Burgos and Makwan Amirkhani after suffering a very controversial split decision defeat to Dan Ige in his division debut.

‘Thug Nasty’ has been sidelined for more than a year after suffering a hand injury in a career-best win over Andre ‘Touchy’ Fili at UFC Vegas 12 in October 2020.

The 27-year-old spoke with LowKickMMA’s James Lynch back in June about approaching his hand injury with caution, hence his lengthy layoff from fighting.

“It was broken in that (Andre) Fili fight but it’s doing a lot better,” Mitchell said. “I’ve got my full grip strength back and I’m just making sure I don’t punch anything too hard too soon. That’d be a rebreak and that’s why I’m waiting for a little while before I take another fight, but I’m in good shape and I’ve been training and, you know, I could fight right now if I had to. If I got like real bad debt or something in like a week (I could fight) if I had to. But I’m just waiting until my hand heals a little bit better till I go pursue one.

“I don’t think that it will happen again if I take my time to heal it and then I change my punching method,” Mitchell added. “You know, I was throwing as hard as I possibly could. So I probably should do that more accurately next time. If you’re swinging as hard as you can, you need to be a little bit more accurate, so I’ll be safe with it and wait for a little while, till it heals up.

“I don’t think that it’s going to bother me again, but if it does break on the first punch of the next fight, I’m just going to keep fighting like I did last time. If I have to fight with a broke hand, I’m fine with that too, but I hope it don’t do that.”

Who do you think will win on March 5? Edson Barboza or Bryce Mitchell?