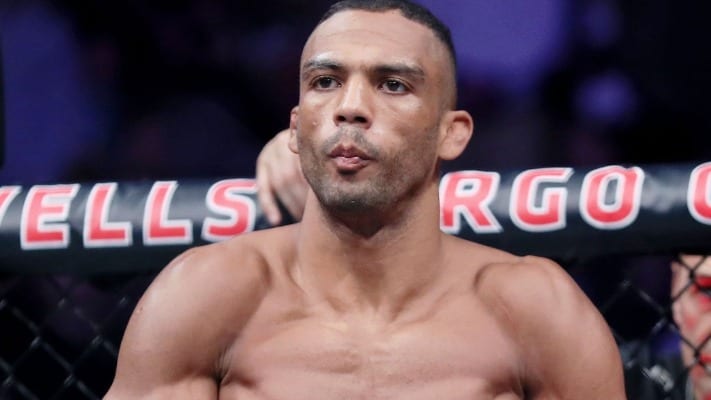 Edson Barboza is looking to compete before the end of the year.

Barboza saw his two-fight winning streak in the featherweight division halted after getting TKO’d by Giga Chikadze in the third round of their 145-pound headliner late last month.

It was a big blow for Barboza who was finished for the first time since March 2019 as well as saw his hopes of entering title contention delayed for the time being.

The Brazilian was quiet following the setback as he didn’t appear at the post-fight press conference nor was he active on social media. Until now.

Barboza took to Instagram recently to declare that he was ready to return to action in December.

As for a potential opponent? It remains to be seen at this point. However, Barboza will undoubtedly be looking to fight someone ranked higher than him.

Barboza moved down to the featherweight division last year and suffered a split decision defeat to Dan Ige — a contest many felt he should have emerged victorious in.

However, Barboza bounced back with impressive wins over Makwan Amirkhani and Shane Burgos until his latest setback.

Who do you want to see Barboza face next?