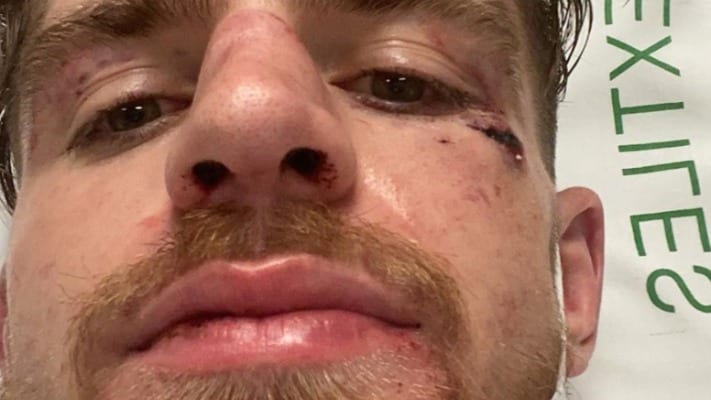 Edmen Shahbazyan is taking his defeat to Derek Brunson well.

Shahbazyan met Brunson in his first main event in their middleweight headliner at UFC Vegas 5 on Saturday night.

However, it wasn’t a memorable one as he was battered by Brunson in the second round and may have even been momentarily knocked out at the end of the round as Brunson was landing ground and pound.

Regardless, the fight entered the third round only to last a few seconds as Brunson eventually earned the TKO win over the 22-year-old.

Shahbazyan Has No Excuses

For Shahbazyan, it was his first professional defeat and despite getting bloodied and bruised, he was in good spirits as he released a statement after the fight.

“I’m ok everyone just need some stitches. Thank you for all your messages, love you all! Congrats to @derekbrunson tonight he did a great job. No excuses, it’s the fight game and I’ll be back! Blessed to have the support I have from everyone!”

Despite the setback, Shahbazyan still has a bright future. After all, he is in the top 10 of the middleweight division and already holds wins over top-level fighters at the age of 22.

The future can only get brighter from hereon out.

What do you make of Shahbazyan’s response?