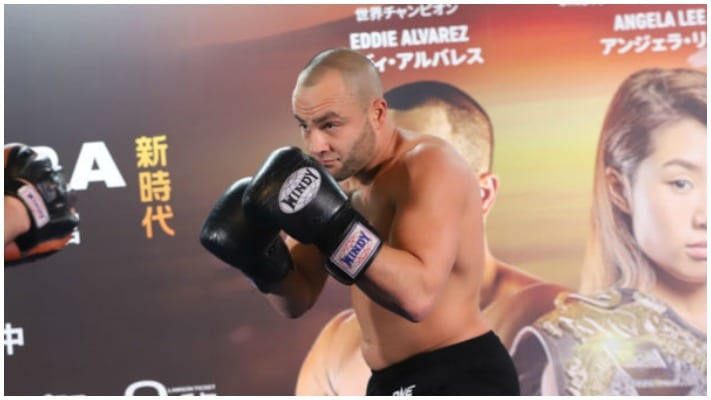 ONE Championship unexpectedly announced today that the winner of the scheduled bout between USA’s Eddie Alvarez and the Philippines’ Eduard Folayang will now advance to the ONE Lightweight World Grand Prix Final.

The two will square off on the main card of ONE: Dawn Of Heroes. The 14-bout card takes place in Manila, Philippines on August 2.

The original semi-final pairing saw Russian Timofey Nastyukhin taking on USA’s Lowen Tynanes. However, after Tynanes pulled out with an injury ONE drafted in Honorio Banario, who had lost to the Hawaiian in the quarter-finals.

Then, today, ONE broke the news that Nastyukhin, who defeated Alvarez in March, had also suffered an injury and would be unable to compete. The decision was then made that Folayang and Alvarez would contest the second semi-final. The winner will go on to face Dagestan’s Saygid Guseyn Arslanaliev in the final.

In Folayang, Alvarez will be facing a former ONE Lightweight World Champion. The Team Lakay athlete has an impressive striking arsenal and will also have the home-crowd advantage.

Alvarez’s first outing under the ONE banner did not exactly go according to plan. The former UFC fighter ended up on the wrong side of a brutal first-round TKO loss. The Philadelphia native now has a second chance at making a good first impression under the Singapore-based MMA promotion’s banner.