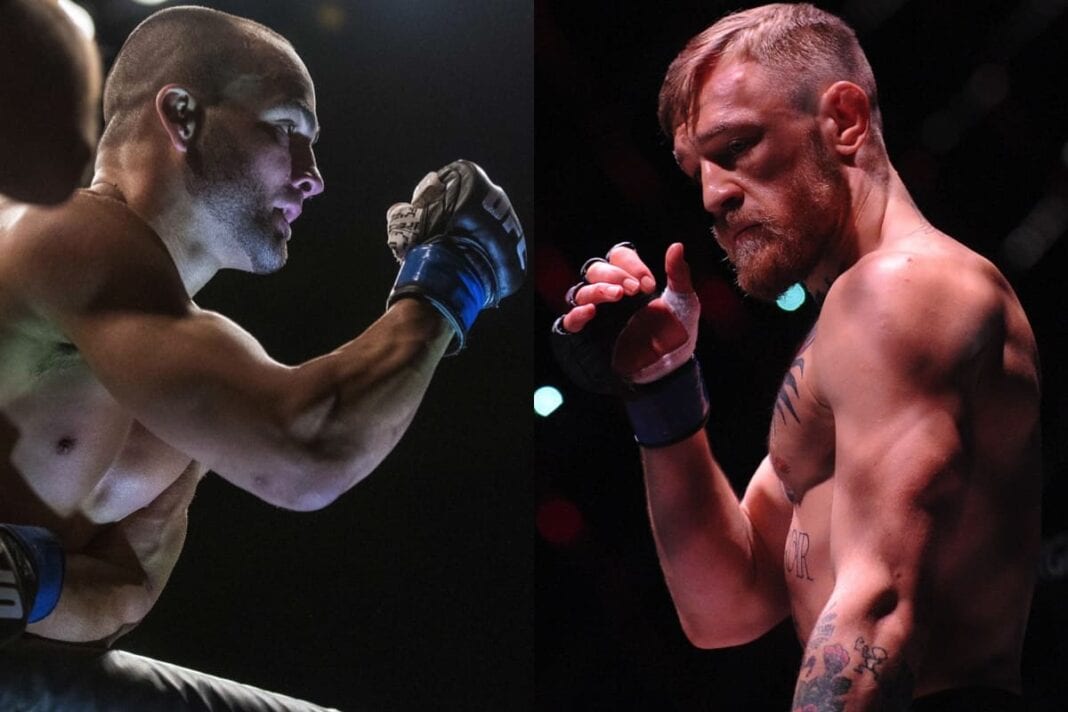 The dust had hardly settled on Eddie Alvarez’s emphatic first-round stoppage of former champ Rafael dos Anjos in the main event of last night’s (July 7, 2016) UFC Fight Night 90 from the MGM Grand Garden Arena in Las Vegas, Nevada, and talk had already shifted to just whom Alvarez would fight next in the stacked UFC 155-pound fray.

Sure, there were top-level contenders like Khabib Nurmagomedov and Tony Ferguson awaiting their shot at gold, but the predictable choice for the biggest event was obviously a fight with featherweight champion Conor McGregor, who’s set to rematch Nate Diaz at welterweight in the main event of August 20’s UFC 202.

There are still several roadblocks to get past in order to make McGregor vs. Alvarez a reality, but if a realistic chance does indeed arise, “The Underground King” is certainly all for it. He compared the deep UFC 155-pound talent pool to McGregor’s skills at the post-fight presser, and needless to say, it added up to Alvarez dubbing the ‘Notorious’ an easy fight.

He even told the Irish trash talker that he welcomes it directly:

“For me, I think by far, the best lightweight in this division is Rafael dos Anjos. I had the better night for sure, but this can go either way. There’s great competitors and there’s a real small margin for error. And if you mess up once, it could be me on the other end of that punch. So, this guy to the right of me is the best in the division, so to be able to come out with a win over him, and before him was Pettis, and before him was Gilbert, these are the best guys in the division. I’m not taking on Top 15, so I would ask Dana White to give me an easier fight like Conor McGregor. I deserve that, I’ve been fighting the best guys, so I would like a gimme fight, so Conor, I more than welcome that.”

Alvarez expounded upon that notion, adding his thoughts that McGregor has simply been given favorable match-ups throughout his undefeated run of the featherweight division, which stopped when he moved up in weight to take on a late replacement in Diaz only to be brutally submitted at March 5’s UFC 196.

Believing McGregor to be a one-trick pony, he offered the opinion that the UFC’s biggest star would be exposed in short order if he was ever to face a top 155-pound like himself or dos Anjos:

“There’s a lot of guys in the UFC who are good at one thing and they get matched up stylistically well and they make their way to the top without ever going against the best guys. The true best guys like Rafael dos Anjos and the best guys in the division. They sneak their way around them and they live on perception, not what really is. He’s one of ’em. So I think he could get found out, if he was ever to fight Rafael dos Anjos or myself, he would get found out very quickly.”