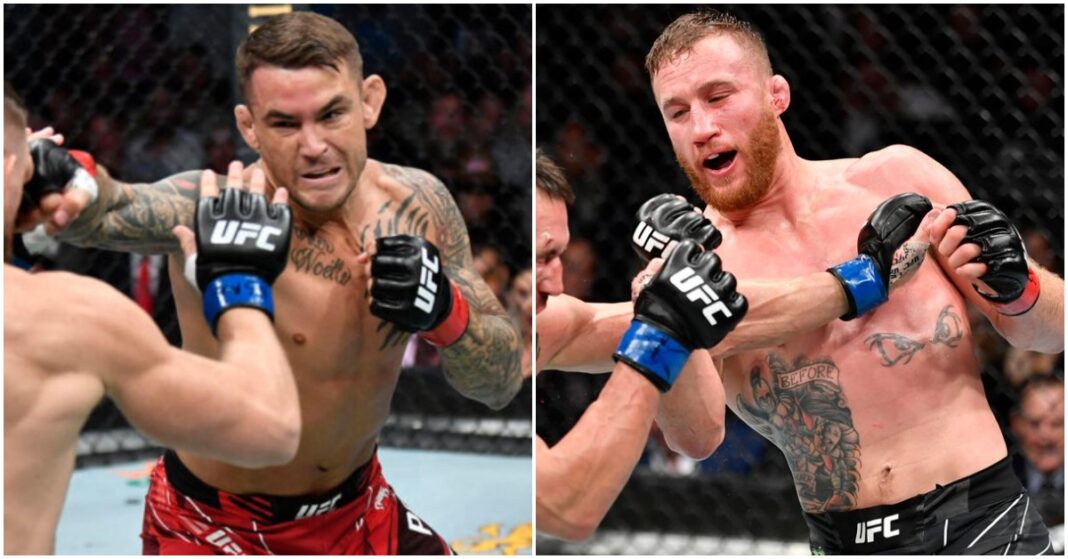 Dustin Poirier insists he will continue fighting win or lose at UFC 269.

Justin Gaethje recently predicted that ‘The Diamond’ will walk away from fighting after beating Charles Oliveira on December 11.

Speaking to The MMA Hour Poirier reacted to ‘The Highlight’ questioning his desire to fight.

“It’s enticing, it makes people interested, it’s a hook, he’s hoping I bite onto it and beat Oliveira” and ‘ah, Gaethje, I’ve got to give it to him now because he’s the one running his mouth”.

Poirier insists he will not walk away from MMA after UFC 269, although he is financially stable enough to do so.

“Nah, man – I’m a fighter,” he said. “I’m fortunate enough now, with this year that I’ve had, I could walk away. It’s a great position to be in, but these guys need ass-whoopings, and I’m the guy to give it to them. And we can’t walk away like that.”

Dustin Poirier Has Some Concerns About Justin Gaethje After UFC 268

Gaethje is coming off an impressive win over former Bellator champion Michael Chandler at UFC 268, the fight was a war with both fighters looking like they could knock the other out at any moment.

Some of the MMA community have been saying it was the Fight of the Year, and Poirier was impressed to some degree but also expressed his concern at their willingness to take such damage in the fight.

“Damn, this is bad for you — is what I’m thinking,” he said. “These guys are crazy, man, for taking damage like that. But I think I beat both of those guys if they fight me the way they fought that night.”

Do you think Justin Gaethje can beat Dustin Poirier in the rematch?