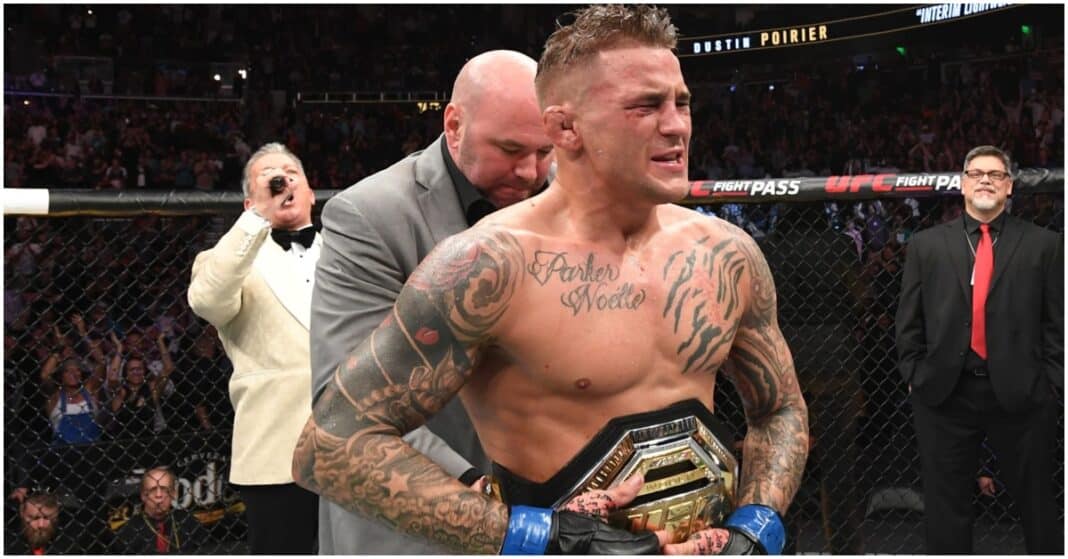 In an interview with Ariel Helwani, Dustin Poirier revealed who he would be open to facing next in his return to the octagon.

Its been five months since Poirier made his unsuccessful attempt to claim the lightweight title from Charles Oliveira at UFC 269. In the lead up, many saw Poirier as a major threat to the streaking champion, as ‘The Diamond’ was entering the bout coming off his second successive stoppage victory over Conor McGregor.

Poirier would enter the bout as the betting favorite, but was met by a resilient Oliveira, who rallied to submit the American in the third round.

Now the former interim champion is looking to get back to winning ways and has a long list of potential opponents across two weight classes. Talking to Ariel Helwani on MMA Fighting’s MMA Hour, Poirier reveals who he’d face at lightweight.

“I’ll fight Chandle,r I’ll fight Gaethje,” Poirier said. “If Tony [Ferguson] wins a fight and comes back down to 155 I’ll fight Tony. Whoever’s in the line, I’ll fight anybody. Anyone.”

Poirier has made no secret of his of plans to make a move to 170lbs and following his most recent loss it seemed as likely as ever.

“So I say if I fight 170, that doubles the chance of me getting a fight right now. I want to fight this Summer.”

It looks like superstar, Nate Diaz is the most likely candidate, with Poirier admitting in the interview that he had accepted two fights presented to him by the UFC to fight Diaz this year.

The Louisianan also recently called out former teammate, turned bitter rival, Colby Covington, who according to Poirier the UFC had offered him a week prior.

Who would you like to see Dustin Poirier face next?