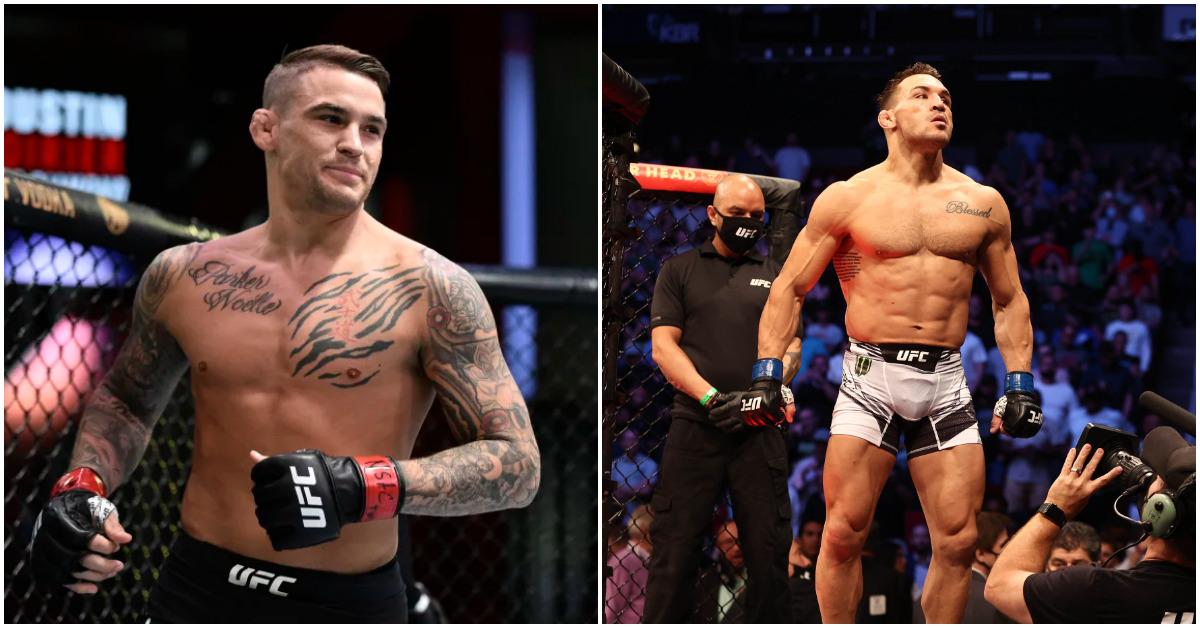 Former UFC interim lightweight champion Dustin Poirier called out Michael Chandler for not mentioning his name as his next opponent.

In one of the most brutal knockouts ever, Chandler landed a front kick right to Tony Ferguson’s face, becoming the first man to put ‘El Cucuy’ to sleep. As impressive as his strike was, Chandler doubled down on his performance with one of the most hyped post-fight interviews in the UFC.

‘Iron’ Mike called out for a match against the winner of Charles Oliveira vs. Justin Gaethje for the vacant lightweight championship. He didn’t stop there as he proposed a fight against Conor McGregor in his return to action as an alternative. McGregor has been in recovery after breaking his leg in his last outing against Poirier last July.

‘The Notorious’ has gained a significant amount of weight during his time off with an expected return at welterweight. Chandler even offered to compete against McGregor at 170 lbs if that’s what it takes to secure the fight.

However, one man who wasn’t happy at the omission of his name by Chandler is Dustin Poirier who took to Twitter to call out the 36-year-old for not mentioning him as a possible next opponent.

“A lot of names being said by Iron Michelangelo but I’m not hearing mine. Respectfully”

Poirier has been on the sidelines for this year after losing out to Charles Oliveira in his last outing the previous December. As a former multi-time title challenger, ‘Diamond’ shares one common opponent with Michael Chandler. ‘Iron’ Mike fought for the lightweight gold in an unsuccessful effort against Oliveira.

Having just challenged for the UFC lightweight title in his last appearance, it seems unlikely that Dustin Poirier will get an immediate shot at the strap in his next match. Following UFC 274, Michael Chandler has now fought two more times since his fight against Oliveira and may have gotten himself back in the mix of title contention with a win over Ferguson.

While he has made a case to fight for the vacant belt against ‘do Bronx’, it’s uncertain if he will get the opportunity by Dana White and Hunter Campbell. A showdown with ‘The Mystic Mac’ might be on the horizon down the line but for his next opponent, we’ll have to wait a bit longer.