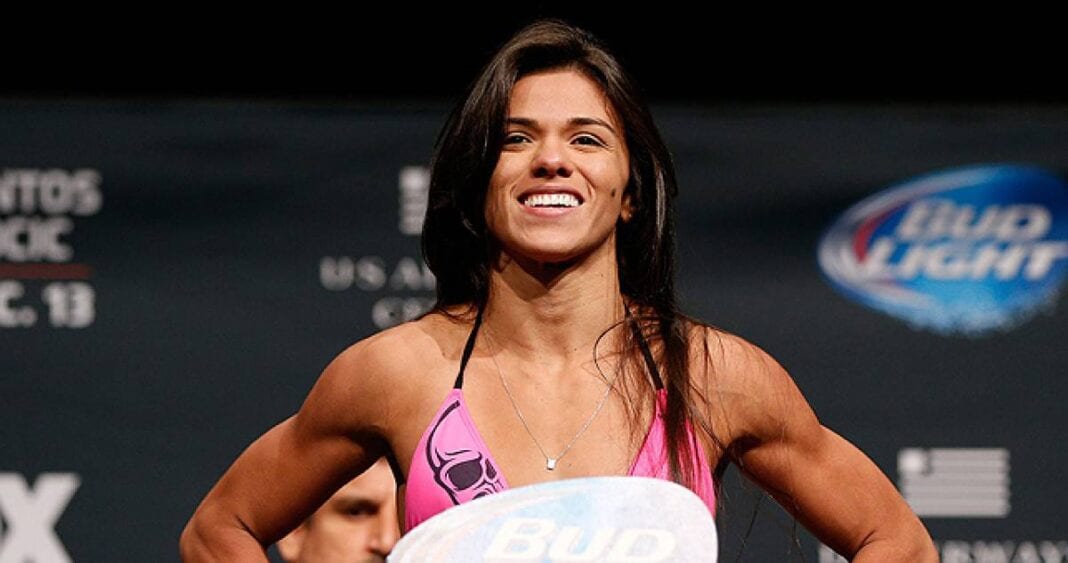 The Polish champion was dealing with a hand injury, but recently stated that she would like to fight again before the end of the year. However, it now seems as if Gadelha has a finger injury of her own which could push the bout back to sometime early next year.

Recently speaking with Combate, “Claudinha” stated that she partially tore a ligament in one of her fingers, and will need a few months before she can fully use her hand again. That being said, she believes January would be the perfect time for the rematch with Jedrzeczyk:

“I partially tore a ligament in my middle finger. The doctor gave me three months to be 100% and do anything with that hand. I will spend 20 days with my finger immobilized. I’m already feeling better, I can move it, but I will need three months to punch with this hand again, so I believe the fight could happen in January.”

Both of these ladies are clearly amongst the best at 115-pounds, and I think many would agree that the champion looks like a completely different fighter from the first time the two met. Gadelha has looked amazing as well which should set up for a phenomenal contest whenever the two meet.

Who are you picking in the rematch?