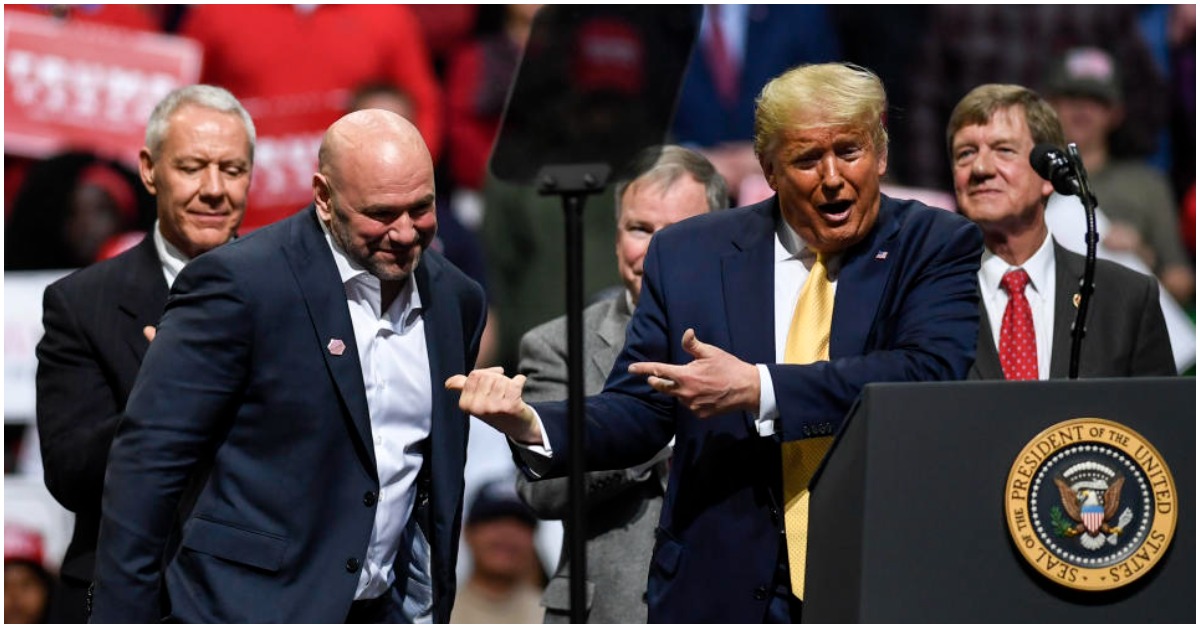 Former US President Donald Trump has claimed that Dana White is simply irreplaceable within the UFC, and he could not see the company’s future without him involved. Trump spoke on an episode of the Full Send Podcast and had this to say.

“I don’t know what would happen to the UFC without him. That’s one man. They say you can always replace somebody. I’m not sure if that man is replaceable.”

No one can argue White helped elevate not only the UFC but the entire sport to help it get to where it stands today. Trump has also had a close relationship to the UFC. Jorge Masvidal joined Donald Trump Jr. during his re-election campaign to promote ‘fighters against socialism’. The former president is known to have a close relationship with Masvidal’s opponent from this last weekend in Colby Covington having shared a picture together inside of the White House. According to reports Trump was supporting Jorge Masvidal heading into last weekends clash at UFC 272.

Donald Trump and Dana White have been acquainted since the now UFC president bought the promotion back with the Fertitta brothers. Trump can often be seen in attendance at UFC events and has offered out his facility at the Trump Taj Mahal in Atlantic City

The UFC boss openly supports trump and showed his support for the former president back in 2016 whilst delivering a speech at the Republican National Convention.

“I’ve been in the fight business my whole life. I know fighters. Ladies and gentlemen, Donald Trump is a fighter, and I know he’ll fight for this country. Arenas around the world refused to host our events. Nobody took us seriously; nobody except Donald Trump. Donald was the first guy that recognized the potential that we saw in the UFC and encouraged us to build our business.” (Transcribed by Sportskeeda.com)

Do you think the UFC would struggle without Dana White?