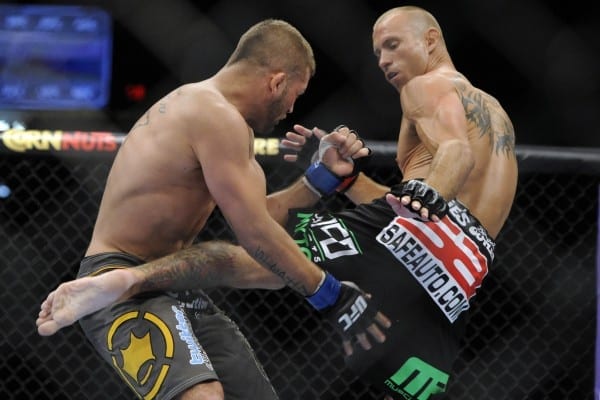 UFC Fight Night 83’s main event was supposed to be a welterweight clash between Donald Cerrone (29-7, 1 NC) and Tim Means. That changed earlier this month when Means was flagged for a potential violation by the USDA. Alex Oliveira (13-4-1, 1 NC) stepped up to replace “The Dirty Bird.”

Oliveira landed a knee to the body inside the clinch at the start of round one. He pressed Cerrone against the fence and landed knees to the legs and body. Cerrone went for a trip, but Oliveira avoided it. A takedown attempt was completed for the former World Extreme Cagefighting (WEC) lightweight. Cerrone went to mount and transitioned to a triangle choke to force the tap.