LowKickMMA.com
Home UFC News Dominick Cruz Backs Cody Garbrandt To Bounce Back: ‘I Got Nothing But... 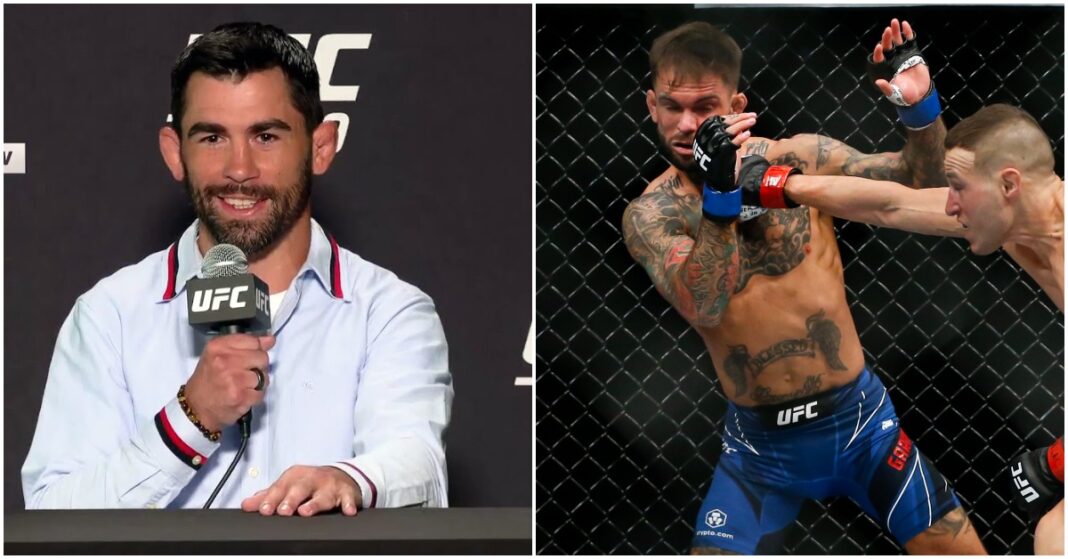 Dominick Cruz has backed Cody Garbrandt, to bounce back from his recent poor run of form that has seen ‘No Love’ lose five of his last six fights.

Cruz survived a tough first round to mount an impressive comeback win against Pedro Munhoz at UFC 269. A bit later in the evening, Garbrandt suffered a disappointing first-round KO defeat in his flyweight debut against Kai Kara France.

The loss compounded what has been a tough few years in the sport for Garbrandt who has seriously struggled for form since he put on one of the best title-winning performances you’ll ever see to dethrone Cruz in 2016.

Speaking at the UFC 269 post-fight press conference, Cruz insisted that Garbrandt will be able to get back to his best after a run of poor results.

“I don’t know why other people haven’t been successful. I haven’t been part of their camps but I know that Cody is a champion, obviously, in his heart and mind, Cruz said.

“I think he will get back on track. He is still very young. Cutting down to 125 is, I don’t even know how that’s possible for him, but he made it work and he said it was easy so I think he’ll be fine. Just give the guy some time and let him find his bearings with his team or whatever he needs to find. I got nothing but faith in the guy.” (Transcribed by Sportskeeda)

After powering through an injury-plagued career Cruz seems to have finally found fitness but at 36-years-old is considered by some too old to truly challenge the elite level bantamweight fighters.

Such is his pedigree, Cruz was granted an immediate title shot when he returned from a three and a half year injury layoff but ultimately fell to a second-round TKO loss against Henry Cejudo.

Since then, he has been working his way back into title contention and has had to do so the hard way with wins against Casey Kenny and Pedro Munhoz.

It appears a big fight may be next for Cruz, and if he is able to emerge victorious from that he could well be in line for another shot at UFC gold.